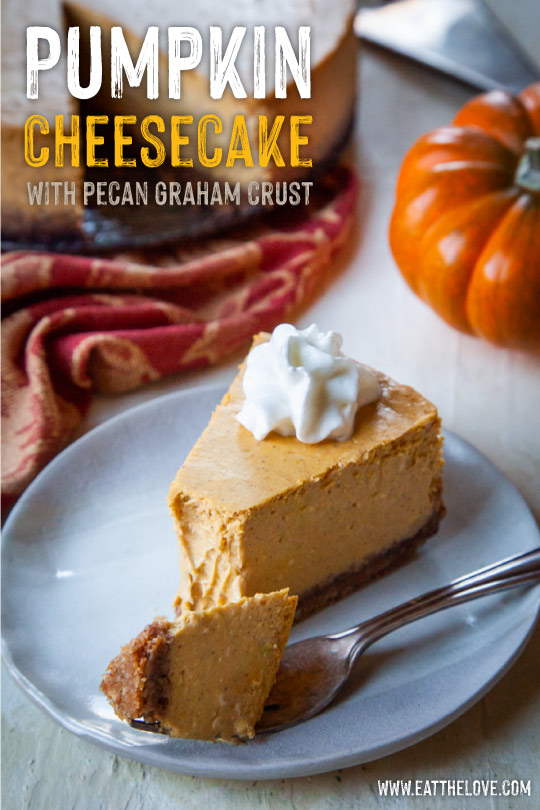 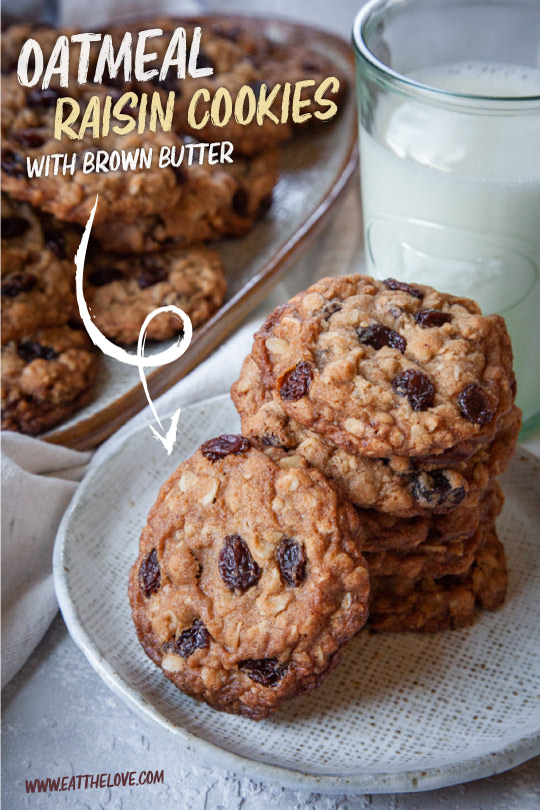 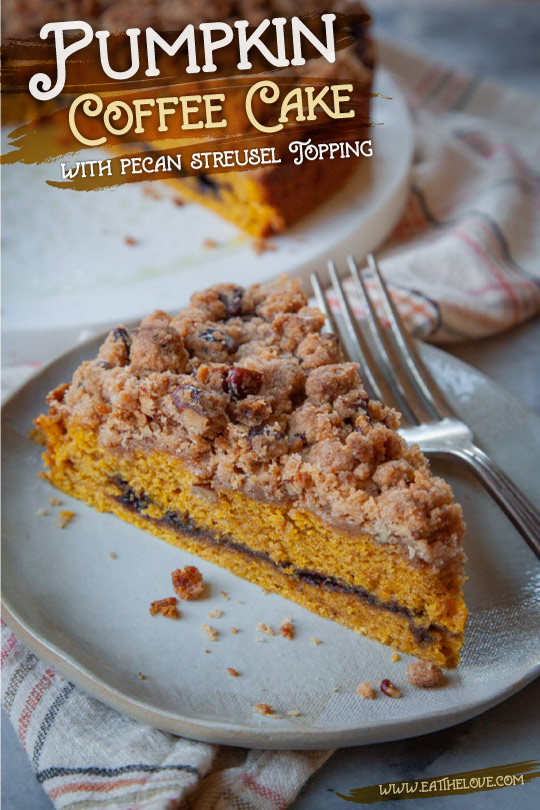 These classic buttery garlic knots are a pizzeria treat, made from pizza dough and tossed in parmesan, oregano and lots of butter and garlic!

The first time I saw garlic knots were on a trip to New York City at a corner pizza-by-the-slice shop. Though my friends all ordered slices of pepperoni, sausage, and olive pizza, I gravitated toward the glass counter and stared at those glistening garlic bombs stacked high. I asked for a bag of them, and happily munched on them as my friend attacked their slices. I had no regrets with my choice! Since then, I’ve been making garlic knots with my homemade easy pizza dough to go with my dinner when I want to change it up from my parker house rolls or potato rolls.

END_OF_DOCUMENT_TOKEN_TO_BE_REPLACED

These authentic Bavarian pretzels are different than their American counterpart soft pretzels because they are dipped in a more traditional lye mixture. In fact, the German name for these pretzels laugenbrezel literally translates to “lye pretzels.”

These pretzels are shaped in a more traditional Bavarian-style with a rounded belly and thinner arm. If you want Swabian-style pretzels, (Swabia being a specific region of Bavaria) roll out the “arms” of the pretzel super skinny. They will bake up crispy, a nice foil to the soft and plump belly.

END_OF_DOCUMENT_TOKEN_TO_BE_REPLACED

This apple and prunes slab pie with a dash of brandy and wintery warm spices like cinnamon, cloves, and nutmeg can be made ahead of time and sliced into easy-to-serve portions for a larger holiday crowd!

This post was sponsored by California Grown. I was compensated for this post and developing this recipe. However, all opinions below are my own.

Fall is here and I’m officially ready for it! As the produce starts to shift at the grocery store I keep seeing some of my favorite Autumn and Winter fruit come into season. Figs are everywhere, which means I’m making my fig focaccia and my fig financiers. And all the heirloom apples are also arriving, which means apple pie! Fried apple pies, open-faced brown butter apple pie, and caramel apple pie bars are all in heavy rotation. But one of my favorite sorts of pies are slab pies! These apple slab pie with brandy and prunes is the perfect example. They’re almost like a cross between apple pie bars and true apple pie, with a thinner filling per crust ratio.

This apple slab pie also feed a crowd, for all those casual gathering that you might find yourself attending that require…some physical distance (if you know what I mean). Cut the pie into smaller slices and leave them on the buffet table for folks to serve themselves. No fuss, no mess! This is the recipe you will want for the upcoming holidays!

END_OF_DOCUMENT_TOKEN_TO_BE_REPLACED

These fig financiers are a version of French almond tea cakes but made with brown butter, bay leaf, extra vanilla and a fresh fig nestled in it!

San Francisco is an oddball when it comes to weather. While the rest of the country is crazy hot in the summertime, we’re cool and foggy…unless we’re in a weird heat wave. Or hazy and smoky with the fire season. But the one things I can count on to help signify the changing of the seasons from summer to fall is the slow disappearance of berries and stonefruit and the appearance of figs! Fresh figs means I can eat them out of hand, putting them in my yogurt and oatmeal as well as make my fig and honey focaccia. But I’ve also been wanting to make brown butter financiers forever, and nestling figs in each of the financier elevates these almond tea cakes to the next level!

END_OF_DOCUMENT_TOKEN_TO_BE_REPLACED

This cherry tomato focaccia with rosemary and sea salt is easy-to-make and perfect as an accompanying bread for soup or stew!

Tomato season is raging strong here in California with all the heirloom tomatoes. I’ve been making easy baked ziti, my zucchini pasta summer vegetable medley, vegetarian breakfast tacos and queso dip like mad crazy. But after sharing my fig and honey focaccia here, I realized I have never shared a more traditional classic cherry tomato focaccia with rosemary and sea salt recipe. This is the focaccia that I’ve been making for the past 25 years (from before I even moved to San Francisco) after I discovered the magic of using a small boiled mashed potato in the dough from an old lost cookbook that I no longer can find. I make it all the time at home to go along with soups like my Summer minestrone or Leek and Beans soup.

END_OF_DOCUMENT_TOKEN_TO_BE_REPLACED

This easy-to-make rustic plum crisp has a crispy cinnamon spice oat topping and sweet-tart filling that is screaming for a scoop of ice cream on top!

I’m lucky to have a prolific plum tree in the backyard of my rental apartment building. Though all the other tenants have access to the plum tree, there are years when the tree is so insane, that none of us could keep up with the plums being produced. I made numerous batches of plum jam, including my lavender plum jam and plum and strawberry jam, a plum galette, a mixed plum tart (with some green plums I bought at the store), a plum and rhubarb cobbler and an apricot, plum and cherry pie. Yes, I had a LOT of plums to go through! But when I finally ended up with my last bag of plums I decided I needed something super simple and easy. I made a plum crisp!

END_OF_DOCUMENT_TOKEN_TO_BE_REPLACED 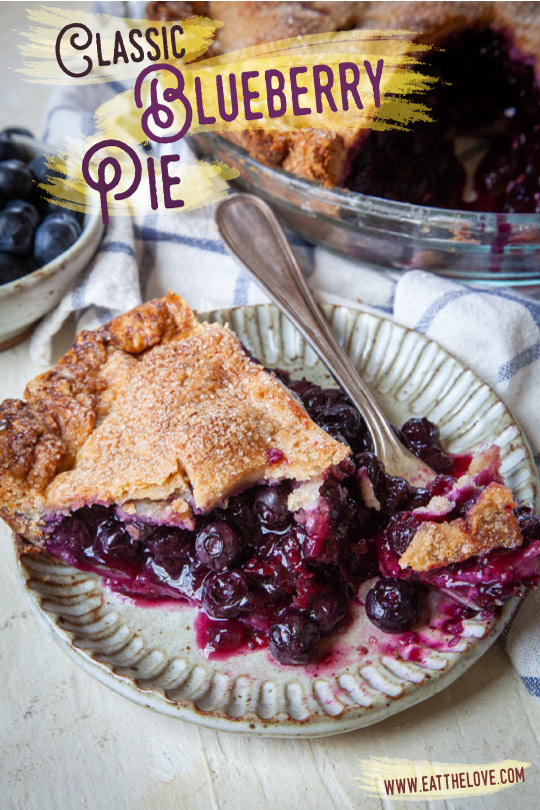 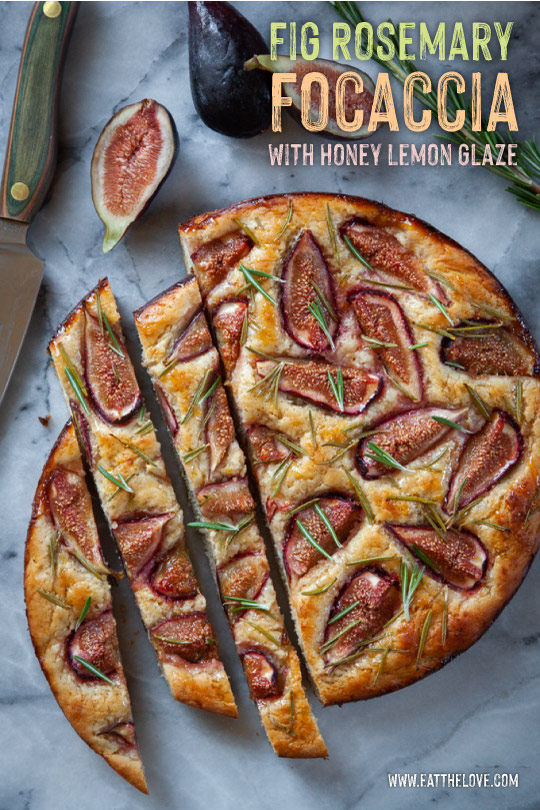 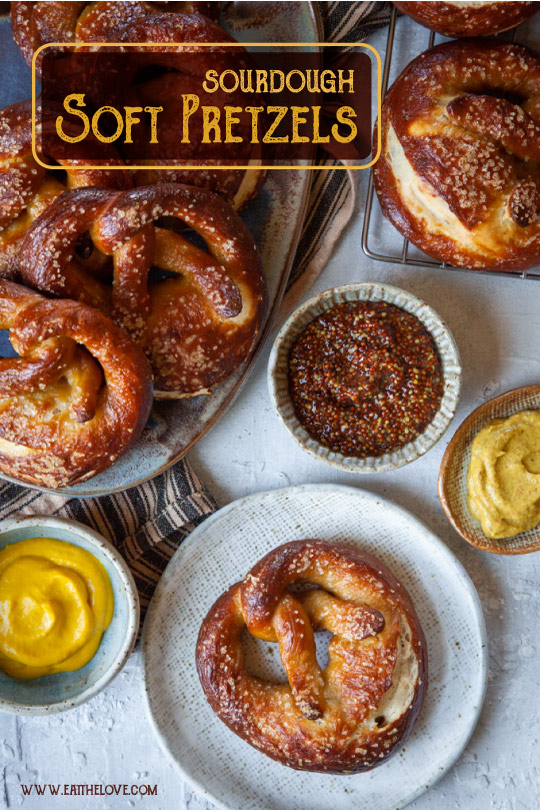 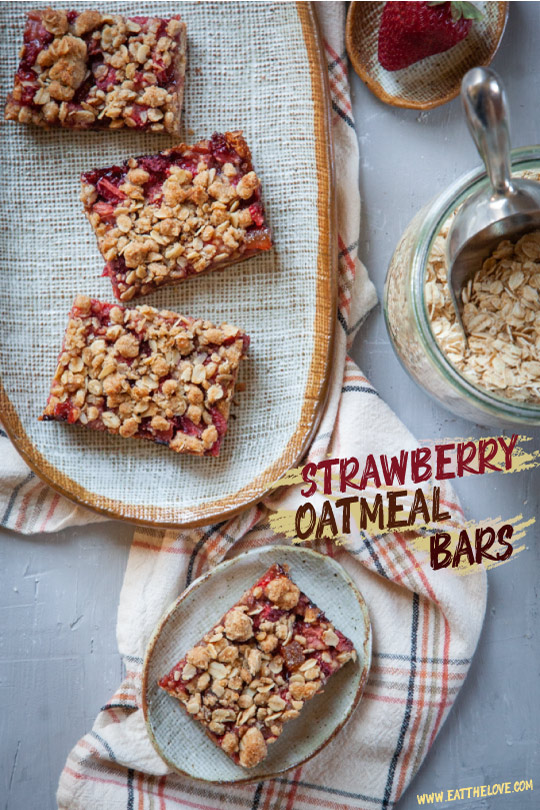 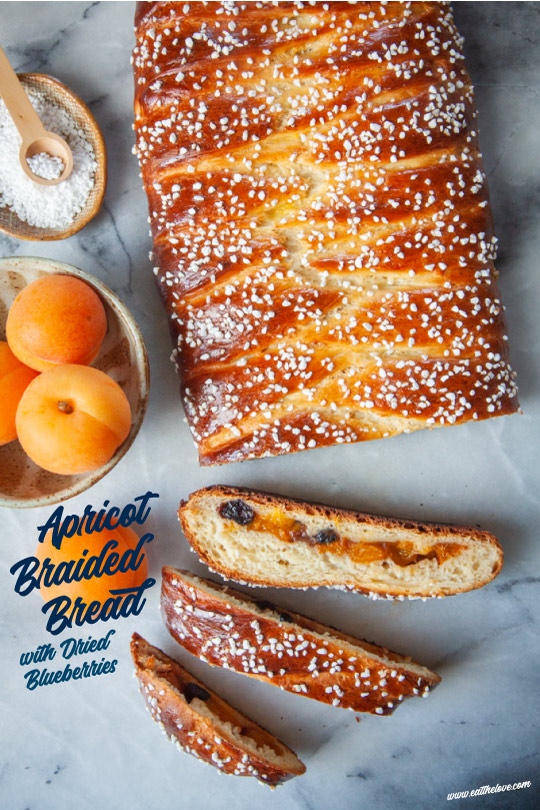 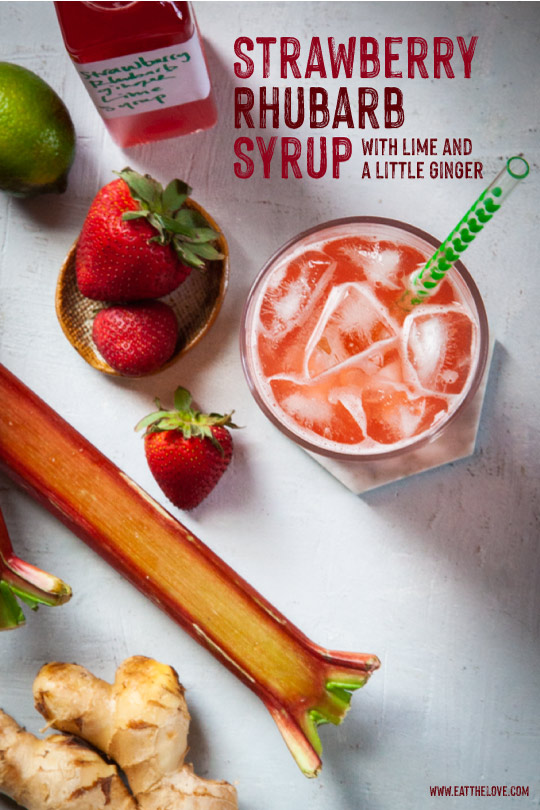 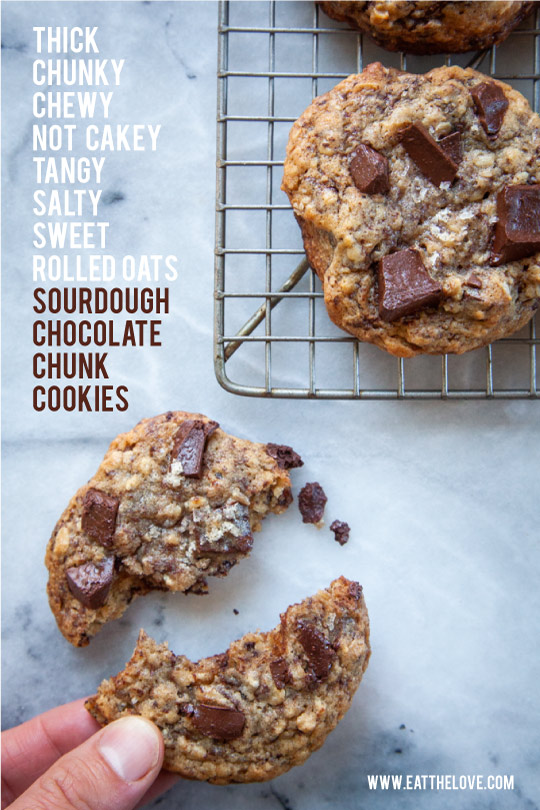 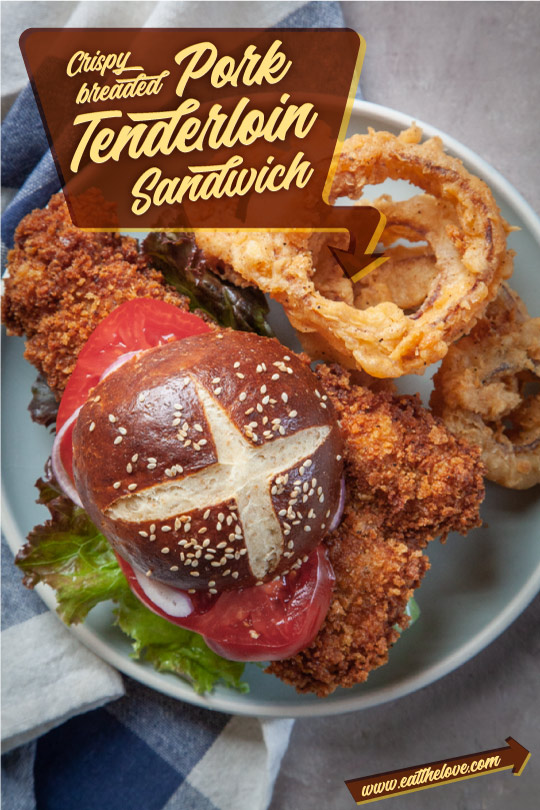 This blog currently has a partnership with Amazon.com in their affiliate program, which gives me a small percentage of sales if you buy a product through a link on my blog. I only recommend products (usually cookbooks, but sometimes ingredients or equipment) that I use and love, not for any compensation unless otherwise noted in the blog post. If you are uncomfortable with this, feel free to go directly to Amazon.com and search for the book or item of your choice.
This site uses cookies: Find out more.