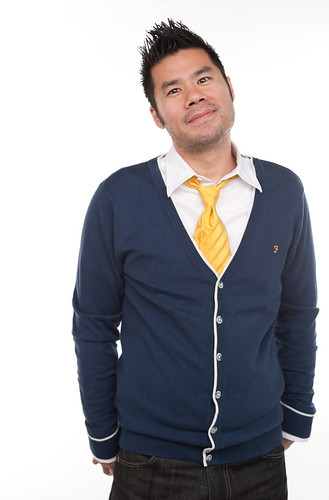 The world of making food is often split between people who love to cook and people who love to bake. Every dessert party that I throw I have a number of people come up to me and tell me that they absolutely love the desserts and they wished they could bake the way I do. Then they confess that they don’t really bake very well, but they are more of a cook.

That’s when the conversation veers toward the difference between cooking and baking. To most people cooking is an art. It’s something that you can be creative at, designing a dish on the fly. While you cook, you can adjust the seasonings, you know what to put in the pan/pot/skillet to make a close proximity of the end product and you can taste while cooking, making adjustments as you go along.

The argument then follows that while cooking is art, baking is a science that requires strict adherence to measurements and instructions. You make a mistake in the measurement, and the cake falls or the cookies burn. While this is true, this discounts the fact that once you understand the underlying reason behind the measurements and the instructions, you can start taking liberties with them. Once you understand the WHY behind the rules, you can start bending them, changing them, making them yours. Baking just requires that one extra step on understand.

And that’s when I tell them why I love baking so much. I love following rules (or, more to the point, learning how to break them) and I love mixing batter together, using gobs of butter and sugar. I love figuring out the why behind what I’m doing. And I absolutely love the feeling of putting something that can only be described as goop in the oven, and having the kitchen and the entire apartment start to smell of something wonderful. And then there’s the moment of opening the oven up, where you find that goop has magically transformed into the perfectly brown pie/cake/cookie/brownie/loaf of bread that I’ve made. Baking may be science, but it’s also magic. A wonderful accessible magic that anyone and everyone should partake in.

Everyone needs to eat. Whether it’s the Thanksgiving dinner with the turkey and all the side fixings to the quick sandwich you make while running out the door, people need to eat on a daily basis and that inevitably means that people need to cook. But BAKING. People don’t eat dessert every day. They eat desserts on special occasions. When you make cookies, you don’t bake a batch just for yourself (or perhaps you do, in which case, lucky you!). You bake for yourself, and for other people too. Baking inherently is for sharing, for enjoying, for celebrating. Cooking is necessary. A need. Baking is special. It’s a want. And that is why I love to bake.

A macrobiotic vegan friend of mine (the man doesn’t even drink tap water) once told me that despite the fact that he doesn’t eat meat, doesn’t eat processed wheat, doesn’t eat refined sugar, he would go home to his grandma’s home in Tennessee once a year for the holidays and she would make meatloaf and fried chicken and collard greens with bacon and buttermilk biscuits from lard and sweet potato pie and pecan pie and red velvet cake. And throughout the entire trip, he would eat everything placed in front of him. I asked him why he would do that, why he didn’t tell his grandma that he would prefer a tofu scramble over chicken and waffles. And he responded back to me “because when you eat the food that someone makes for you, you are eating their love. You are eating the love.” Not everyone has the luxury to eat whatever is placed in front of them (due to allergies, health reasons, religious or moral reason) but that doesn’t mean they should be left out of the love. This website is my attempt at letting you all learn how to Eat the Love.

This blog currently has a partnership with Amazon.com in their affiliate program, which gives me a small percentage of sales if you buy a product through a link on my blog. I only recommend products (usually cookbooks, but sometimes ingredients or equipment) that I use and love, not for any compensation unless otherwise noted in the blog post. If you are uncomfortable with this, feel free to go directly to Amazon.com and search for the book or item of your choice.