If you’re looking for the perfect soft boiled egg, look not further. This recipes is foolproof and incredibly easy. (Jump directly to the recipe.)

“I didn’t really care for our visit there so much…” said AJ as we left the restaurant. We visit Los Angeles pretty often but we tend to stick to our try and true favorites, Thai food, Korean food, a trip to Huckleberry’s for their Croque Madame (yes, we put an egg on it) and Japanese ramen. But this time we decide to go wandering around Venice and we ended up in a restaurant that was nice, but a bit snooty. In truth, AJ’s opinion really resulted because of a perfect soft boiled egg.

The street seemed typical Los Angeles I guess. Nice but relatively expensive shops filled with items that none of us could afford, you know the usual look but don’t touch. I was even reprimanded by a shopkeeper when I went to take a photo of a dish that I liked. Of course, when I asked if she had any that were smaller in size and different in color, she said she was sending them all back and they rest were already packed away. Why would it matter if I took a photo if she wasn’t going to sell them anymore? Down the street a bit, a film crew seemed to be shooting a pilot for a show. I nonchalantly looked to see if I could recognize anyone famous but no one popped up on my radar. Not a surprise since I’m fairly ignorant of the current crop of actors; my subscription to US Weekly had lapsed quite a few years ago. But we were getting a bit hungry so we decided to dash into a cute little restaurant on the street. 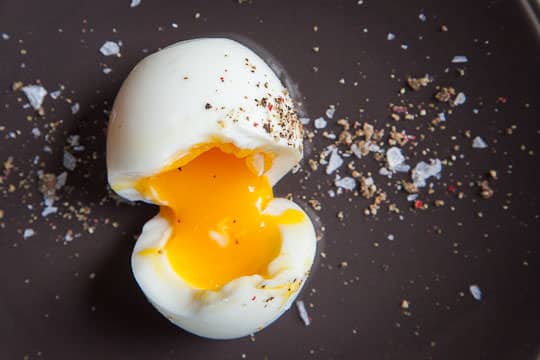 Now we’re all familiar with restaurants that explicitly state that you can’t have any substitutions on the menu. I get that the chef has designed a meal to work as a whole and not to piece together how you want it. But here’s the thing, our friend was pregnant and there were certain things that she was trying to avoid eating. One of them was undercooked eggs. So when she spotted a salad on the menu with an egg on it, she asked the waiter how it was prepared. He stated all eggs were freshly soft boiled for the salad. My friend then asked if there was anyway to get it hard cooked. Much discussion ensued.

In the end, it took the waiter, the host, the manager and then finally the owner to get the change made. Each one tried to explain to my friend that the salad was built with the soft cooked egg in mind and perhaps she could just remove the soft cooked egg from the plate after it was served. And each time my friend explained how normally she would LOVE to have a soft cooked egg with the salad, but as she was currently with child, in a family way, preggers, knocked up (how many times did she has to say it as clearly she was showing at six months) she was trying to avoid that sort of thing and couldn’t they just cook the egg slightly longer – especially since they cook the egg to order? 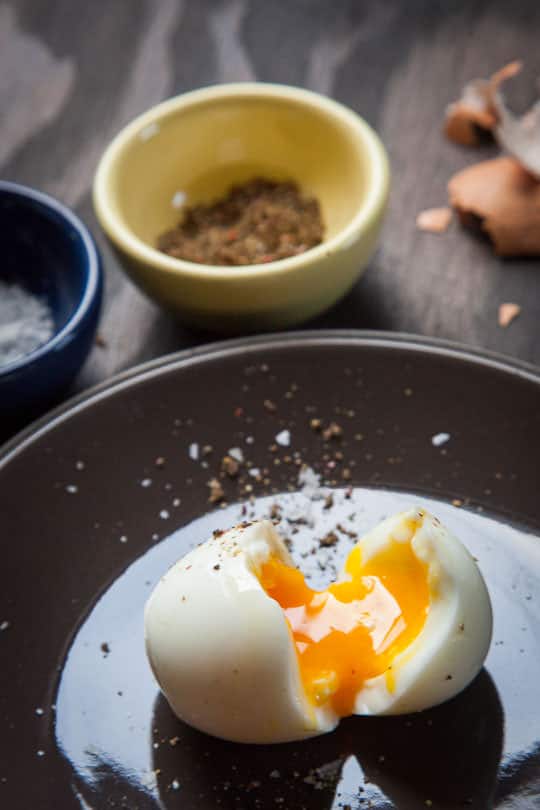 In the end the owner the restaurant came around and OK-ed the change, though he was very specifically clear that it was ONLY because she was pregnant. My friend didn’t really seem phased by the exchange, but I could tell AJ was getting more and more annoyed the situation. We enjoyed our meal as much as we could, and haven’t been back since. Though we go down to L.A. fairly often I have a feeling we probably won’t be making another trip to Venice again soon. Oh well, I can’t really afford anything on the street anyway.

AJ has always loved his soft boiled eggs. Seriously loved them. The firm white and the runny yellow yolk. What’s not to love? Of course, there’s very little risk that he’ll become pregnant so I make them pretty frequently. The secret, funny enough, is NOT to boil the eggs but to steam them, as that keeps the temperature consistent (if you boil them, the cold eggs will shift the water temperature). I user a steamer basket because it’s easier, but if you don’t have one, just place the eggs in the water with tongs (they won’t be submerged, but the water will steam the eggs). Start to finish they’re done in ten minutes. 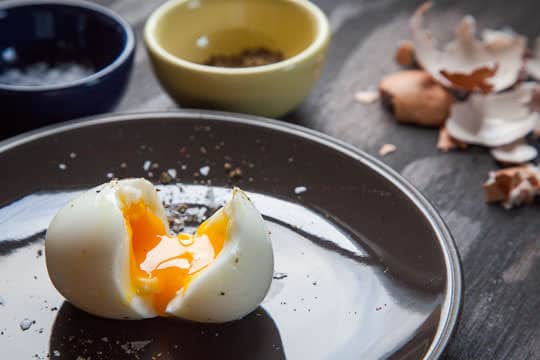 Directions
1. Fill a pot with 1/2-inch of water and cover it. Place on the stove and turn the heat to high until boiling. 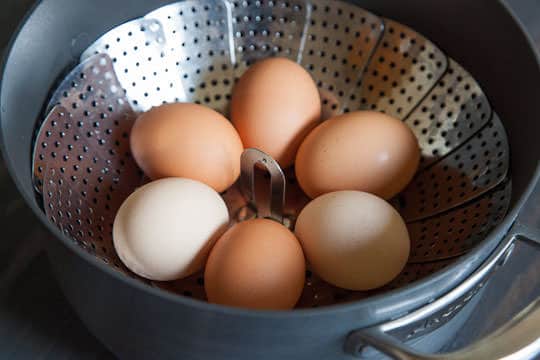 3. While the eggs are steaming, empty a tray of ice cubes into a large bowl and fill with cold water. Once the time is up and the eggs are done steaming, remove them from the steamer basket, one at a time with the tongs, and place them in the ice bath to stop them from cooking. Let cool for 3-5 minutes before serving with salt and pepper. 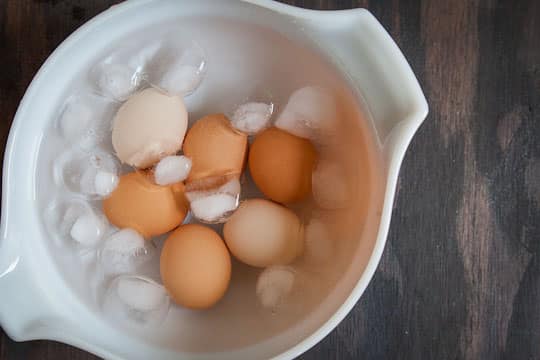 Editor’s Note #1: A few people have mentioned that they thought letting the eggs cool in the ice bath for 5 minutes was too long and resulted in cold eggs. I’ve changed the cool time in the recipe above to 3-5 minutes. Let the eggs cool for 3 minutes to stop the eggs from cooking but still have them warm. Let them cool for longer if you wish to serve the eggs a little cooler over a salad or store them in the fridge for later.

Editor’s Note #2: A few people mentioned the egg wasn’t completely cooked in the shorter time of 6 minutes and 45 seconds. I’ve added a bit of a time length variable that is dependent on your own circumstance. The time difference in how long you steam your eggs will depend on how cold they start out, how large they are and at what altitude you might be. If you keep your refrigerator very cold, go for a little bit longer time, 7 to 7 minutes 15 seconds. Same if the eggs are larger than average (even “large” eggs can vary in size). If you are at a higher altitude your water will boil at a lower temperature and thus might take longer as well to cook.

Now that you know how to make a perfect soft boiled egg, you probably want a few recipes on what to serve it with (if you’re not eating the eggs by themselves). Check out a few of these recipes from around the web: 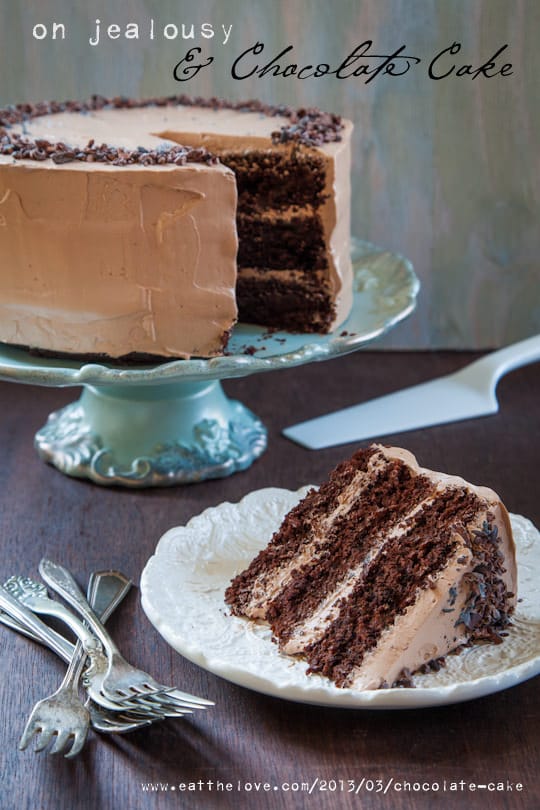 This blog currently has a partnership with Amazon.com in their affiliate program, which gives me a small percentage of sales if you buy a product through a link on my blog. I only recommend products (usually cookbooks, but sometimes ingredients or equipment) that I use and love, not for any compensation unless otherwise noted in the blog post. If you are uncomfortable with this, feel free to go directly to Amazon.com and search for the book or item of your choice.
23488shares