These bacon and chives buttermilk pancakes are a total crowd pleaser with the whole slice of bacon cooked into each pancake! (Jump directly to the recipe.) 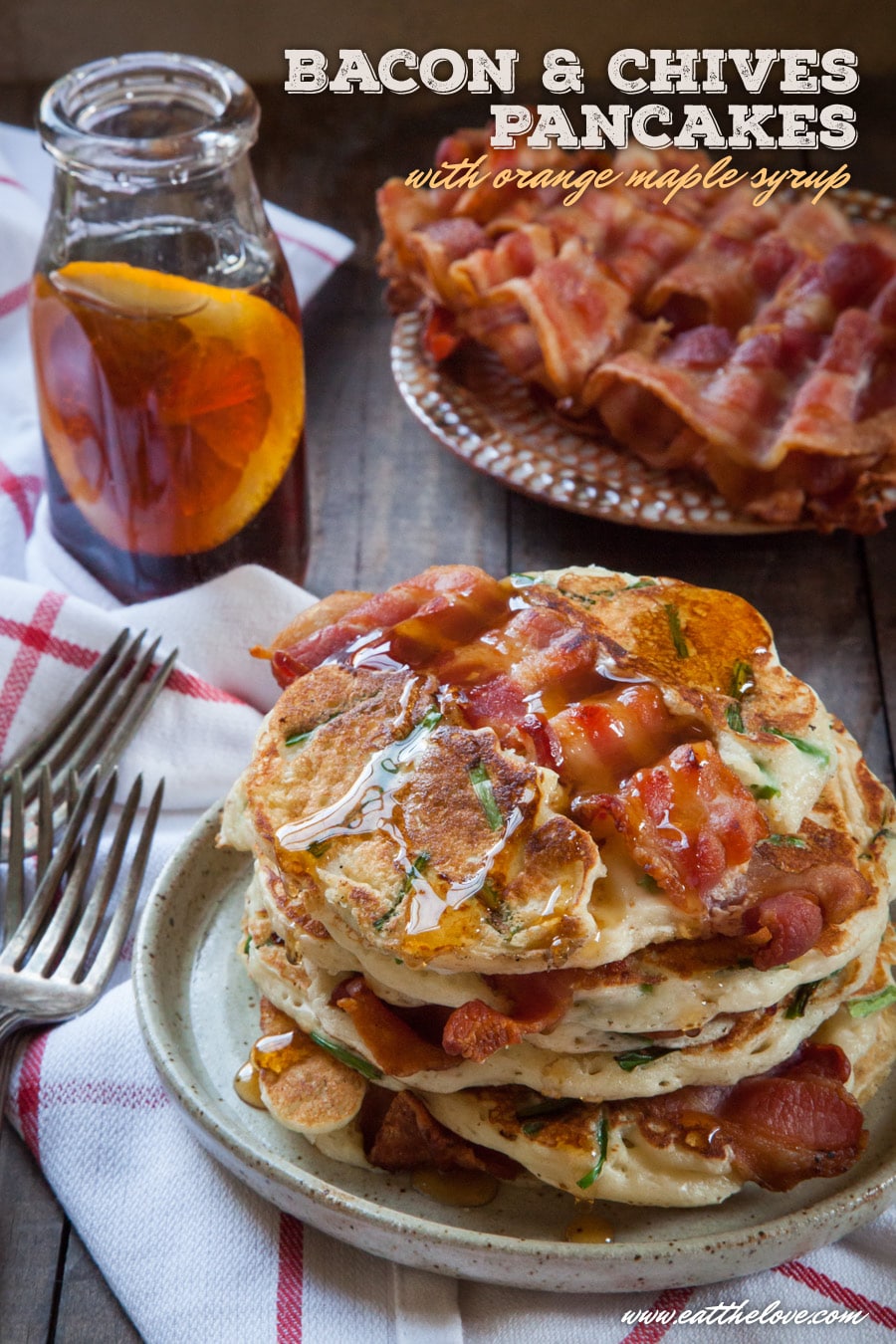 This post was sponsored by Farmer John and The Bacon Party. I was compensated for this post and for developing the recipe. However, all opinions below are completely my own.

“Are those BACON pancakes?” asked my partner AJ when he came into the kitchen. I corrected him and told them that they were actually Bacon and Chives pancakes but he was too busy getting a fork to listen to me. He grabbed the orange maple syrup I had just made, poured a generous amount and then dug in. The look of pleasure on his face was apparent as he took his first bite! 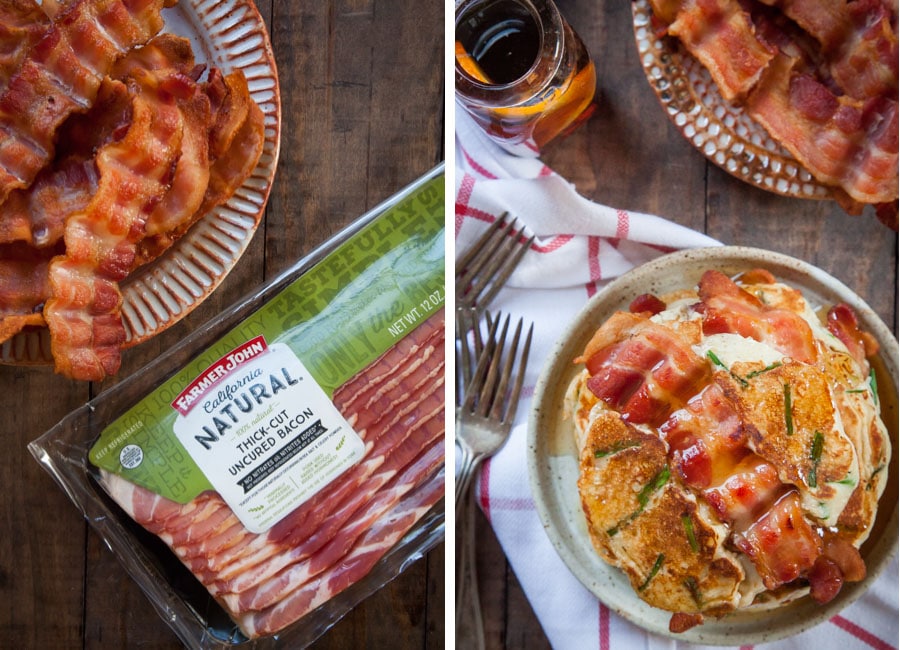 I was thrilled when Farmer John reached out to me to do a project together. I’ve been a huge fan of their products for ages. Their All-Natural bacon is thick cut and uncured which means I feel just a little bit better eating bacon. Not that I ever really feel guilty about eating bacon. I mean. BACON. 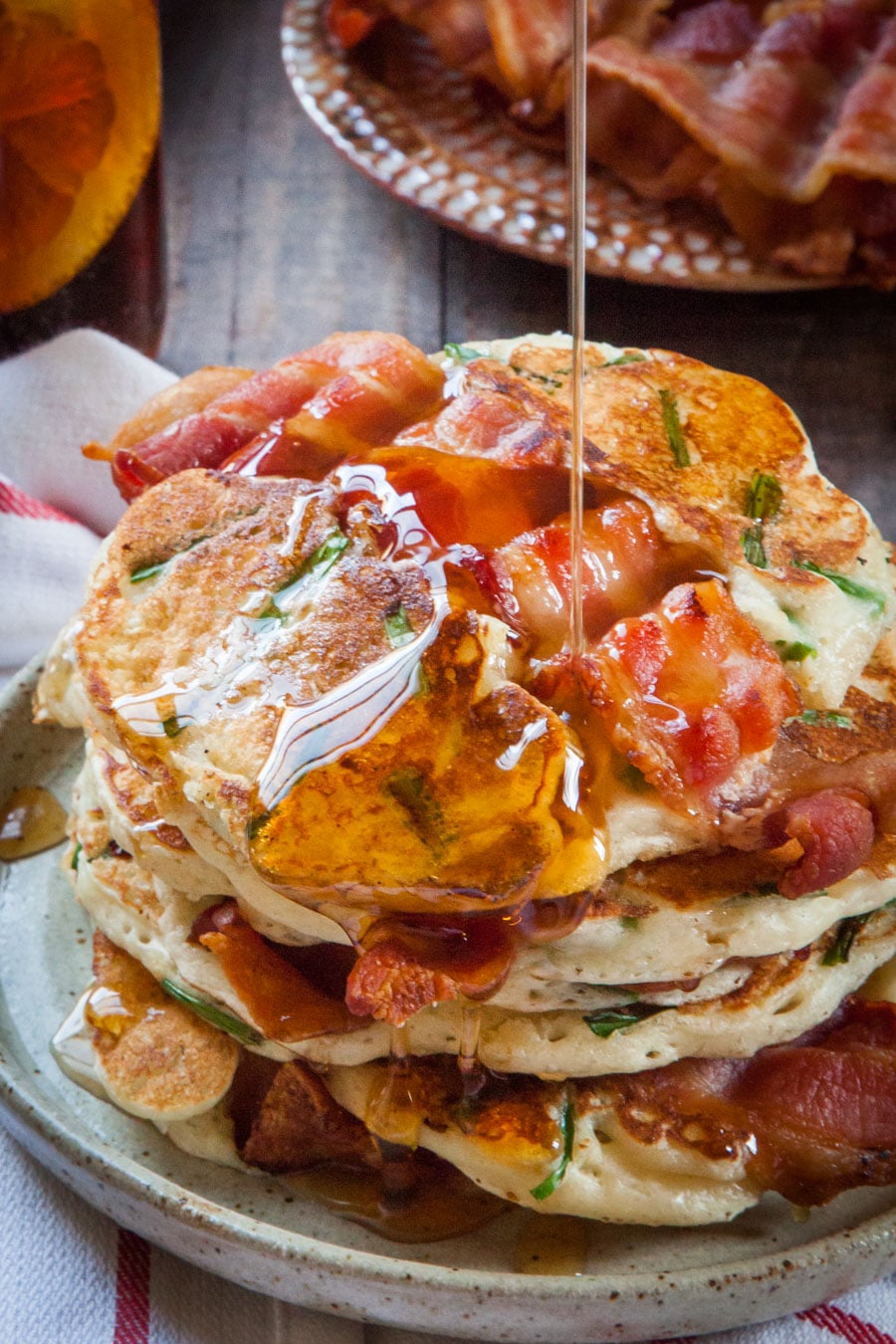 But as much as I love bacon, I like to make recipes with it even more. These pancakes are one of those awesome and fun recipes that are a total crowd pleaser for breakfast or brunch. The minute you put it out on the table, expect them to be gone in a second. You might even have to double the recipe, you know, just in case… 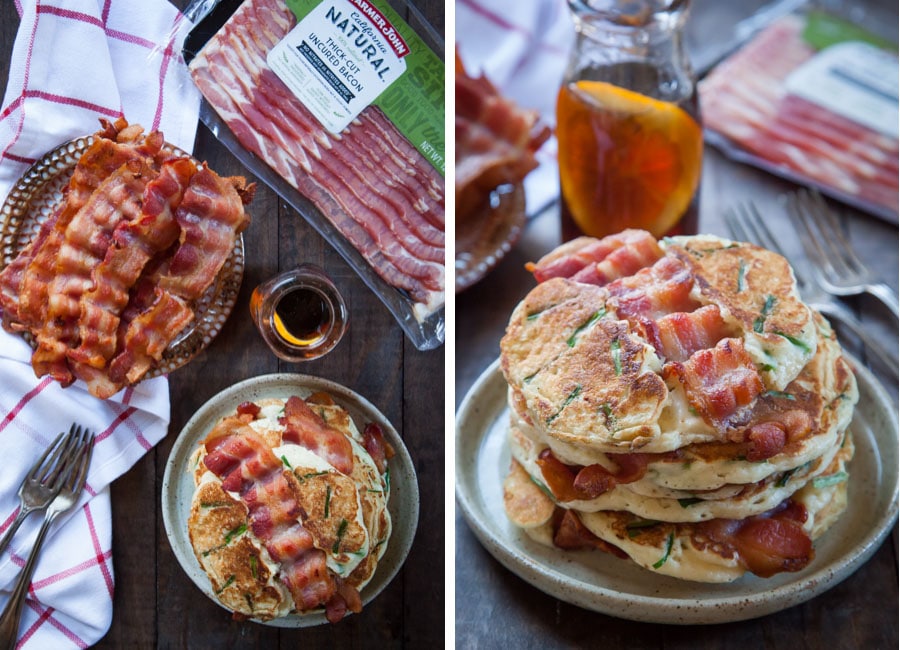 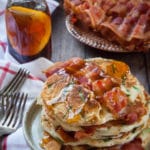 These bacon and chives pancakes are a total crowd pleasure. With an entire slice of bacon in each pancake, they make an impressive breakfast or brunch item but are easy to make. You can easily double the recipe for a larger crowd. Just keep the pancakes in a warm oven at 200°F as you make each pancake.
Prep Time 10 minutes
Cook Time 20 minutes
Total Time 30 minutes
Servings 8 pancakes
Calories 525kcal
Author Irvin

You can easily double the recipe.

This blog currently has a partnership with Amazon.com in their affiliate program, which gives me a small percentage of sales if you buy a product through a link on my blog. I only recommend products (usually cookbooks, but sometimes ingredients or equipment) that I use and love, not for any compensation unless otherwise noted in the blog post. If you are uncomfortable with this, feel free to go directly to Amazon.com and search for the book or item of your choice.
497shares