Pumpkin spice morning buns are an awesome Fall weekend baking project that are easy to make with my step-by-step photos an shortcut use of a food processor! (Jump directly to the recipe.) 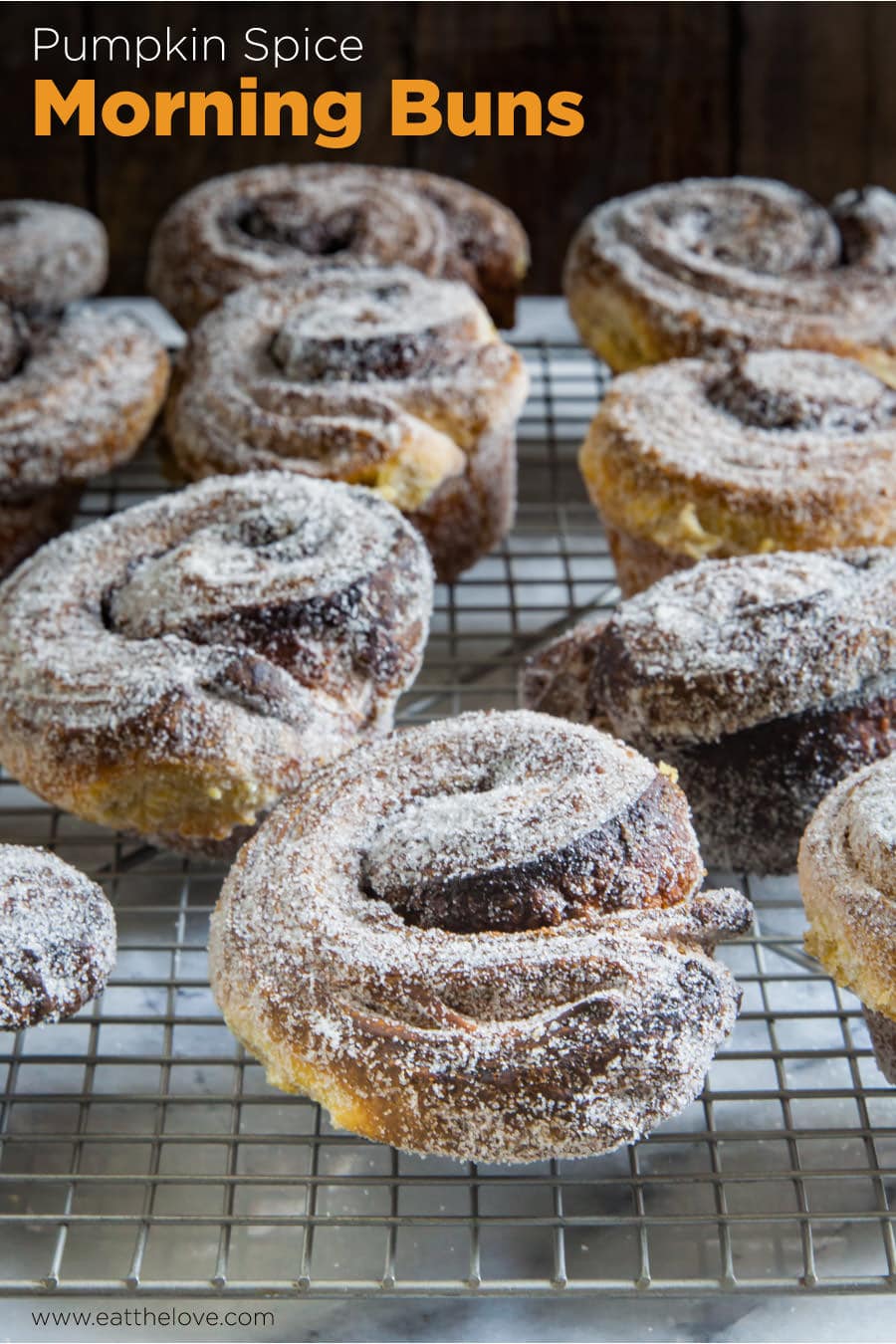 It’s hard for me to accept that it’s already November, an entire year since my book Marbled, Swirled, and Layered came out. I feel like I have simultaneously been talking about it forever and also only talking about it for a few weeks. But even though I worked on the book for over three years and then spent the past year promoting it, I’m still not tired of the recipes I made over and over again. In fact, I still use my book in my kitchen, referring to it when I want to develop a recipe, like these pumpkin spice morning buns. 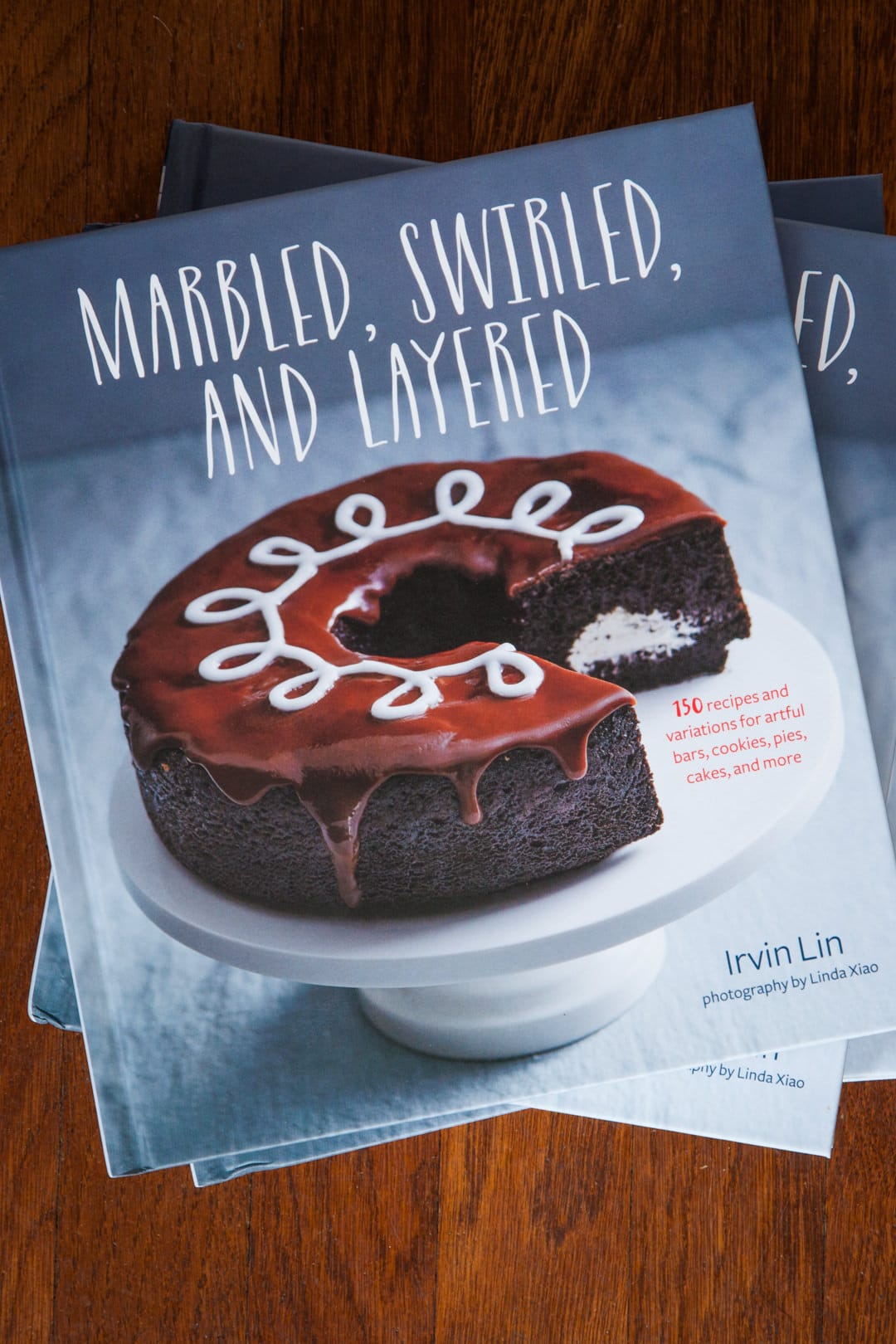 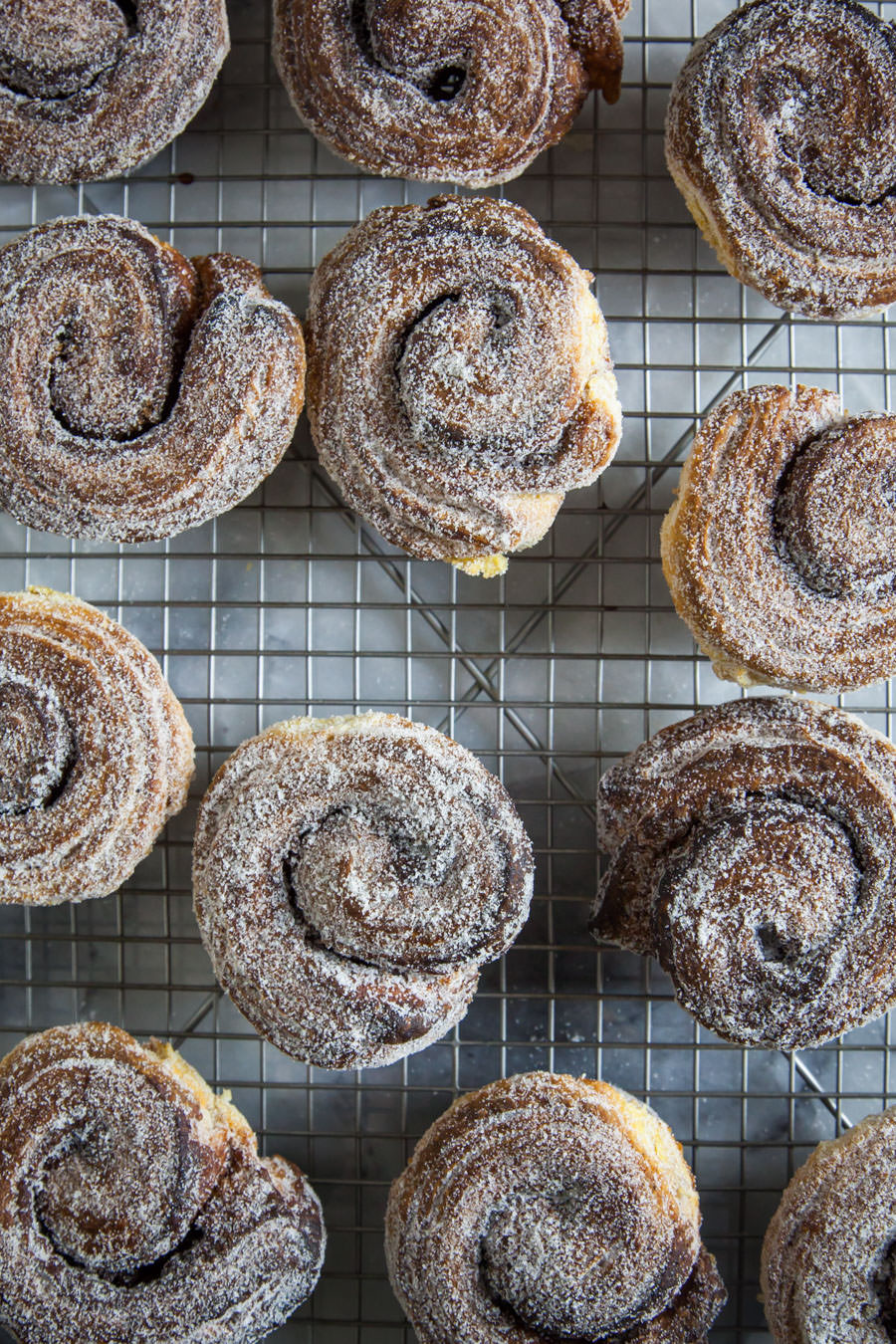 There’s a more traditionally flavored morning bun (cinnamon and orange) in my cookbook which is inspired by the morning buns from Tartine Bakery, which is around the corner from my apartment here in San Francisco. But unlike Tartine’s buns, my recipe is a bit of a “shortcut” recipe, similar to the kouign amann recipe you’ll find here on my blog. And, funny enough, there’s actually a more traditionally laminated dough version of the classic kouign amann recipe in my cookbook which has the multiple folks and turns that so many folks find challenging (I try to explain it as fully as I can in the book though! It’s not as hard as folks think it is). 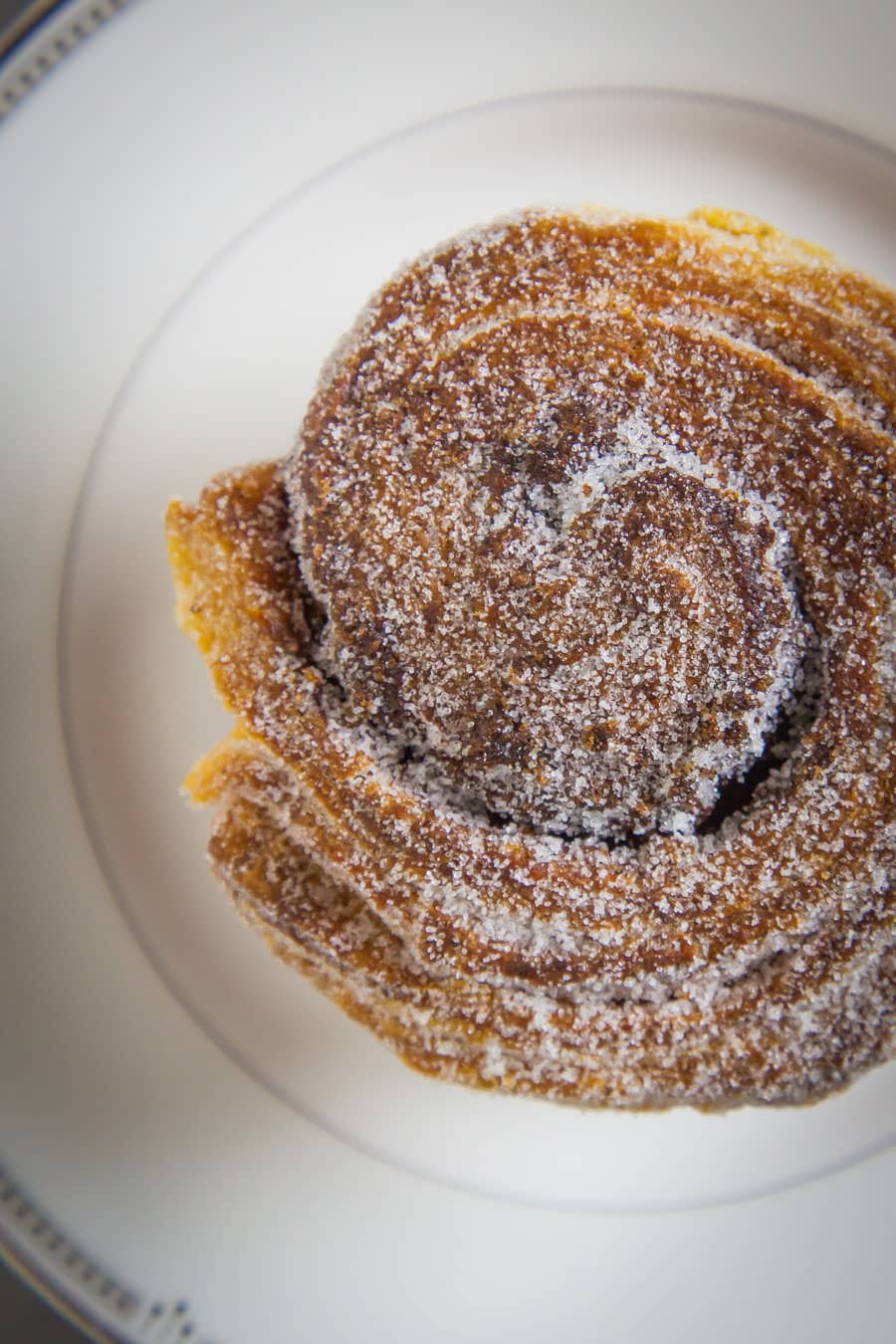 But these morning buns (both the ones in the book and the one below) is an easier version than the traditional laminated/croissant method. I basically use a modified “blitz” puff pastry method that I learned from Nick Malgeri that requires a food processor. The result is a slightly less flaky, but more rich, almost muffin-like bun, still quite fantastic but with significantly less effort. As I said with my kouign amann recipe, if you can making pie crust, you can make these morning buns. 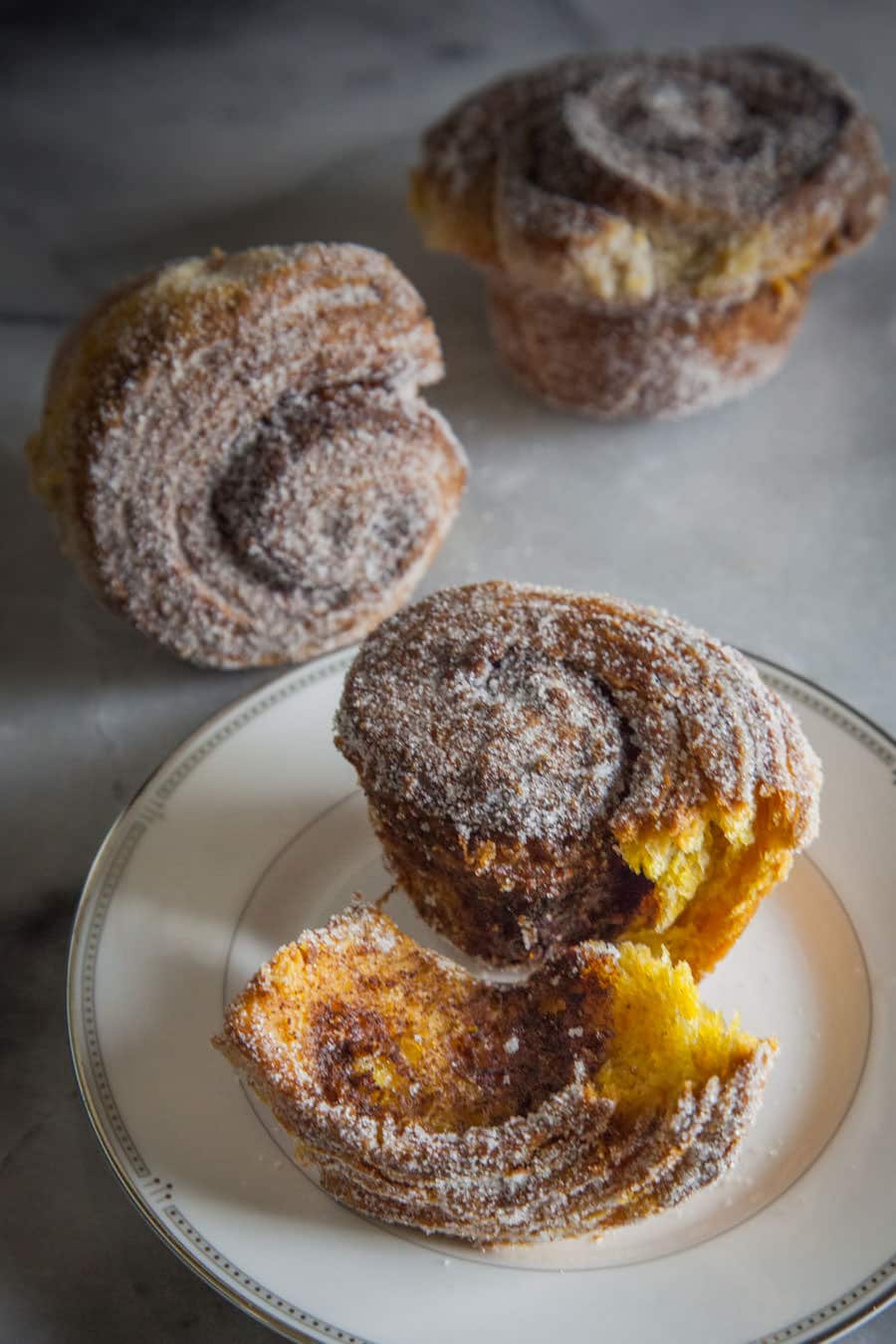 Of course, my book is still available and would be the perfect gift for Christmas. You can get it at all the regular places online like Amazon, Barnes & Noble, and your local independent bookstore. But if you want a signed copy, you can reach out to Omnivore Books here in San Francisco and order it from them. I’m happy to run over there and sign a copy to you (or whomever you are gifting it to), just tell the folks there who you want me to sign it for! In the book you’ll find my original morning bun recipe in the book, along with 150 other recipes that are great (if I do say so myself). But if you still want a sampling of recipes from the book, here are some recipes from around the web that folks have shared, including the New York Times, Washington Post, San Francisco Chronicle, Design Sponge, Food 52 and numerous other blogger friends of mine. Happy November everyone! I hope your holiday season is off to a great start. 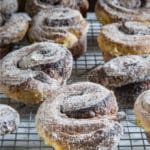 Traditional morning buns are basically croissant dough rolled in cinnamon orange sugar and baked in a muffin tin. I use a pumpkin pie spice blend in place of the cinnamon and simplified the croissant dough by using a food processor. You can, of course, use a store-bought pumpkin pie spice blend or use my homemade pumpkin spice blend recipe to make your own. And, because canned pumpkin makes the dough difficult to work with, I use an ingenious substitute, carrot juice! You can get carrot juice at health food stores and specialty stores like Trader Joe’s. Just look for 100% carrot juice. Don’t use blends that have orange or other juices in them, as they have too much sugar and will mess with the chemistry of the dough. No one will know you used carrot juice in the morning buns, but they’ll come out a golden orange color when you bite into them!
Course Breakfast, Dessert, Snack
Cuisine American
Keyword breakfast, croissant, morning bun, pumpkin spice
Prep Time 1 hour
Cook Time 40 minutes
Resting Time 2 hours
Total Time 1 hour 40 minutes
Servings 12
Calories 461kcal
Author Irvin

This blog currently has a partnership with Amazon.com in their affiliate program, which gives me a small percentage of sales if you buy a product through a link on my blog. I only recommend products (usually cookbooks, but sometimes ingredients or equipment) that I use and love, not for any compensation unless otherwise noted in the blog post. If you are uncomfortable with this, feel free to go directly to Amazon.com and search for the book or item of your choice.
24880shares