These sweet potato cinnamon rolls have pecans and marshmallows in the filling, along with a cream cheese frosting that is perfect for the Fall! (Jump directly to the recipe.) 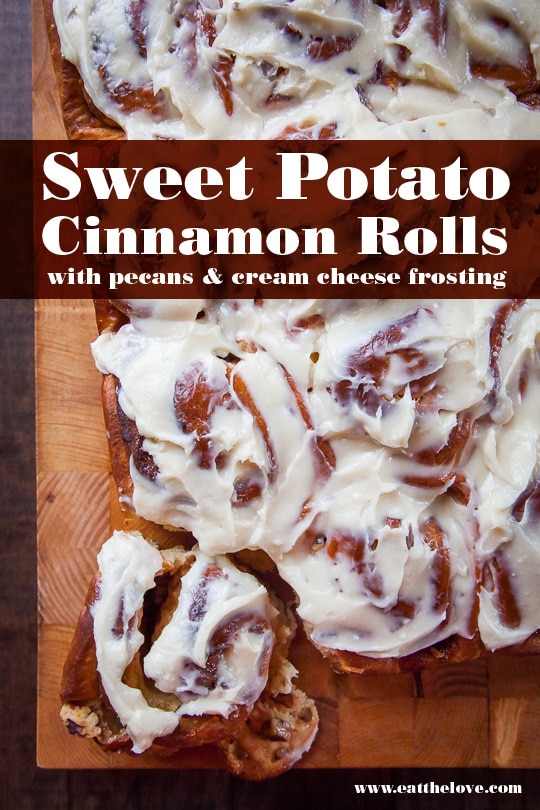 “Is it ever Fall weather there in San Francisco?” asked my sister on our weekly conference call with the family. Every Sunday my parents and siblings get on the phone to catch up with everyone else. As usual, weather was a topic, and it turns out that the east coast was cooling off as per the normal autumnal cycle. Here in California, not so much. It’s still pretty warm and sunny and I for one have not complained. Of course, in my kitchen, I’ve been embracing fall. Last week I made pumpkin spice muffins and this week I went with sweet potato cinnamon pecan rolls. I just couldn’t help myself. The weather may not be traditionally “autumnal” but that doesn’t mean I can’t make it smell that way in my apartment. 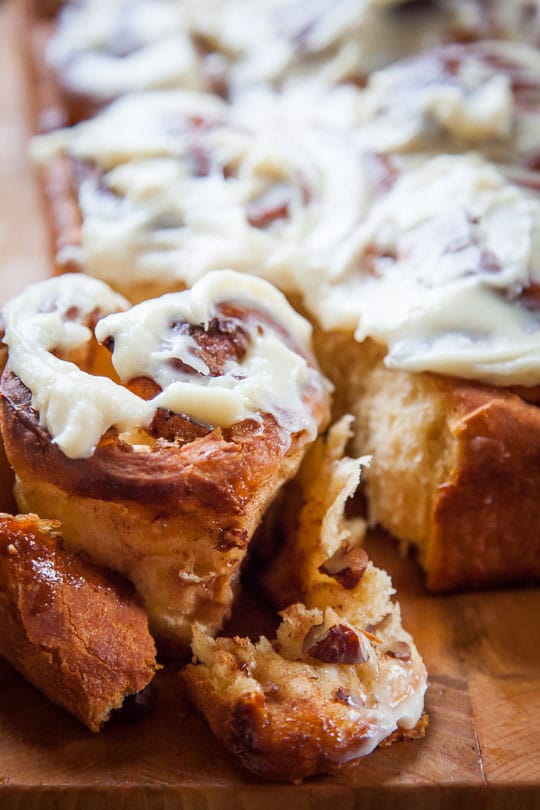 Truth be told, these cinnamon rolls came about as most recipes come about in my household, out of sheer desperation. Though I adore sweet potatoes, I had recently made a couple of batches of sweet potato casseroles for a client and one can only eat so many servings of the stuff. I gave a lot of it away to my mom and dad but I decided that I could repurpose the sweet potatoes into a fall breakfast treat. Cinnamon rolls never tasted so good. 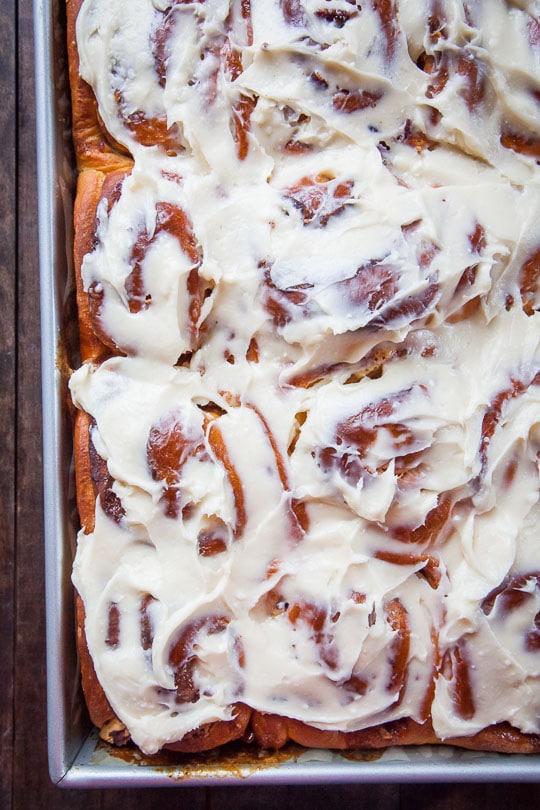 The trick to these cinnamon rolls is not only the pecans (giving these a sort of sticky bun sort of feel) but is the sprinkling of old school marshmallows. Sure you see them on the top of the classic sweet potato casserole, but I decided I wanted to add them to the filling of the rolls as well. Because of the baking oven heat, the marshmallows do melt away, so don’t expect that gooey marshmallow filling, but rather an elusive candy sweetness that works so well with the pecans and brown sugar. Even though the weather here in San Francisco is suppose to reach the 80s in the next couple of days, these rolls will remind me that Autumn really is here and I’m ready for it! 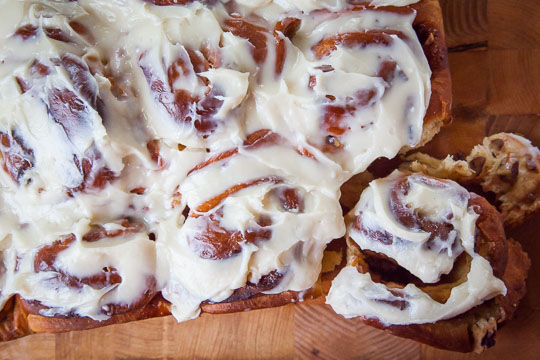 Directions
1. Combine the milk and orange juice in a small saucepan and heat until warm (this should only take about 5 to 10 seconds on high heat). You just want to take the chill off the milk and juice, not make it hot. Pour the liquid into the bowl of a stand mixer fitted with a paddle attachment. Sprinkle the yeast over the liquid and stir to dissolve. Let sit for 5 minutes or until bubbles start to form on the surface of the liquid.

3. Turn the mixer on slow and mix until a dough starts to form. Switch the paddle attachment to the dough hook and knead the dough on medium speed for 4 minutes. Remove the bowl from the mixer and scoop the dough out of the bowl and put it on a clean surface. Spray the pan with cooking oil, then place the dough back into the bowl. Cover with plastic wrap and let the dough rest and rise until it’s double in size, about 1 1/2 to 2 hours. 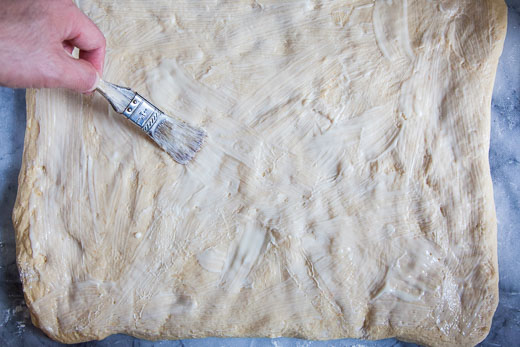 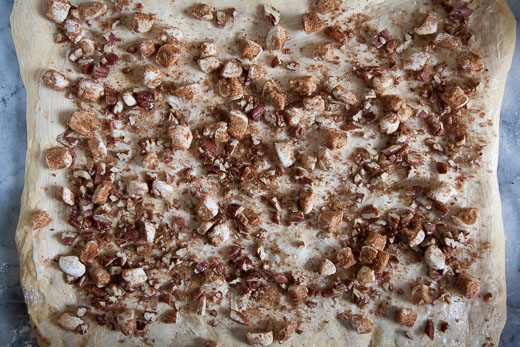 5. Roll the dough up from the long side, so you have a 16-inch log. Cut the log into 12 even pieces. Spray a 9 x 13 x 2 inch pan with cooking oil, then place a piece of parchment paper on the bottom and up the sides of the pan. Place the cinnamon rolls in the pan, spiral side up. Cover with plastic wrap and let rise for about 1 hour or until the space between the rolls have closed up and the rolls are butting up against each other. 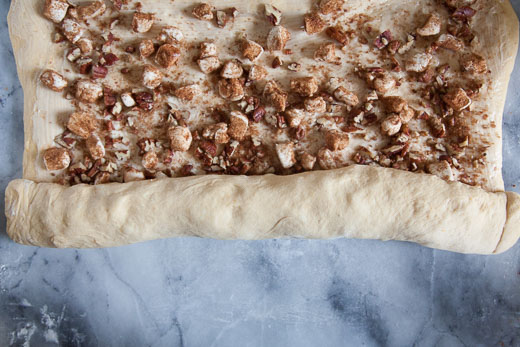 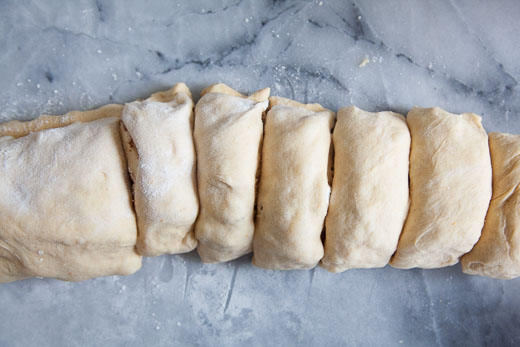 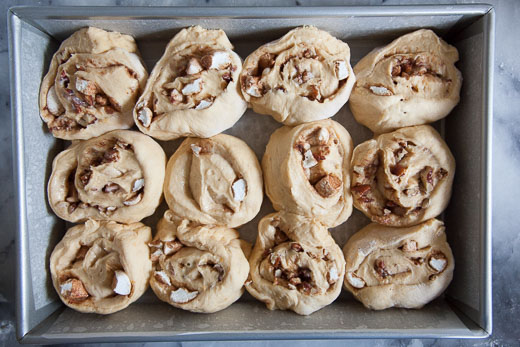 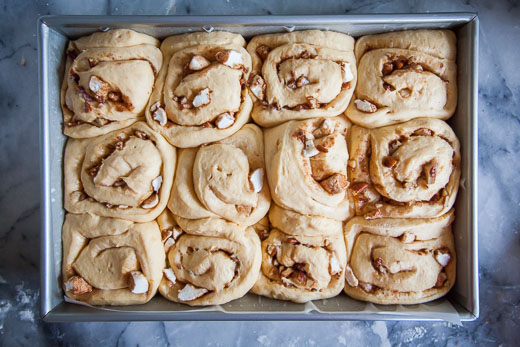 6. About 15 minutes before the rolls are done rising, preheat the oven to 350˚F. Once risen, bake the rolls for 25 to 30 minutes or they look golden brown on top. If you have an instant read thermometer, the center of the rolls should read 185 to 190˚F. 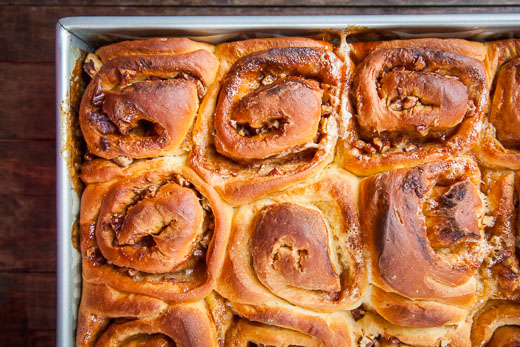 7. Let the rolls cool completely in the pan. Make the frosting by placing the cream cheese, butter, vanilla extract and powdered sugar in the bowl of a stand mixer. Beat until cream and then spread over the rolls. 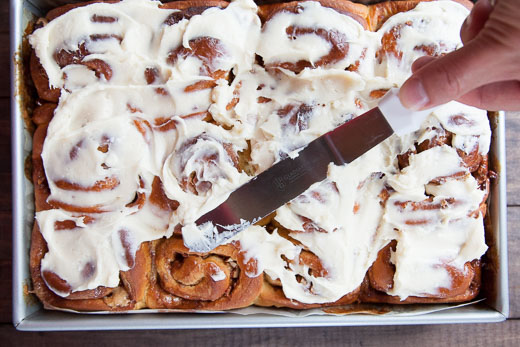 This blog currently has a partnership with Amazon.com in their affiliate program, which gives me a small percentage of sales if you buy a product through a link on my blog. I only recommend products (usually cookbooks, but sometimes ingredients or equipment) that I use and love, not for any compensation unless otherwise noted in the blog post. If you are uncomfortable with this, feel free to go directly to Amazon.com and search for the book or item of your choice.
167shares