This Strawberry Rhubarb Buckle (which is just an old school comfy cozy name for a strawberry rhubarb coffee cake) has an easy cheesecake topping that just brings the entire baked good to the next level! (Jump directly to the recipe.) 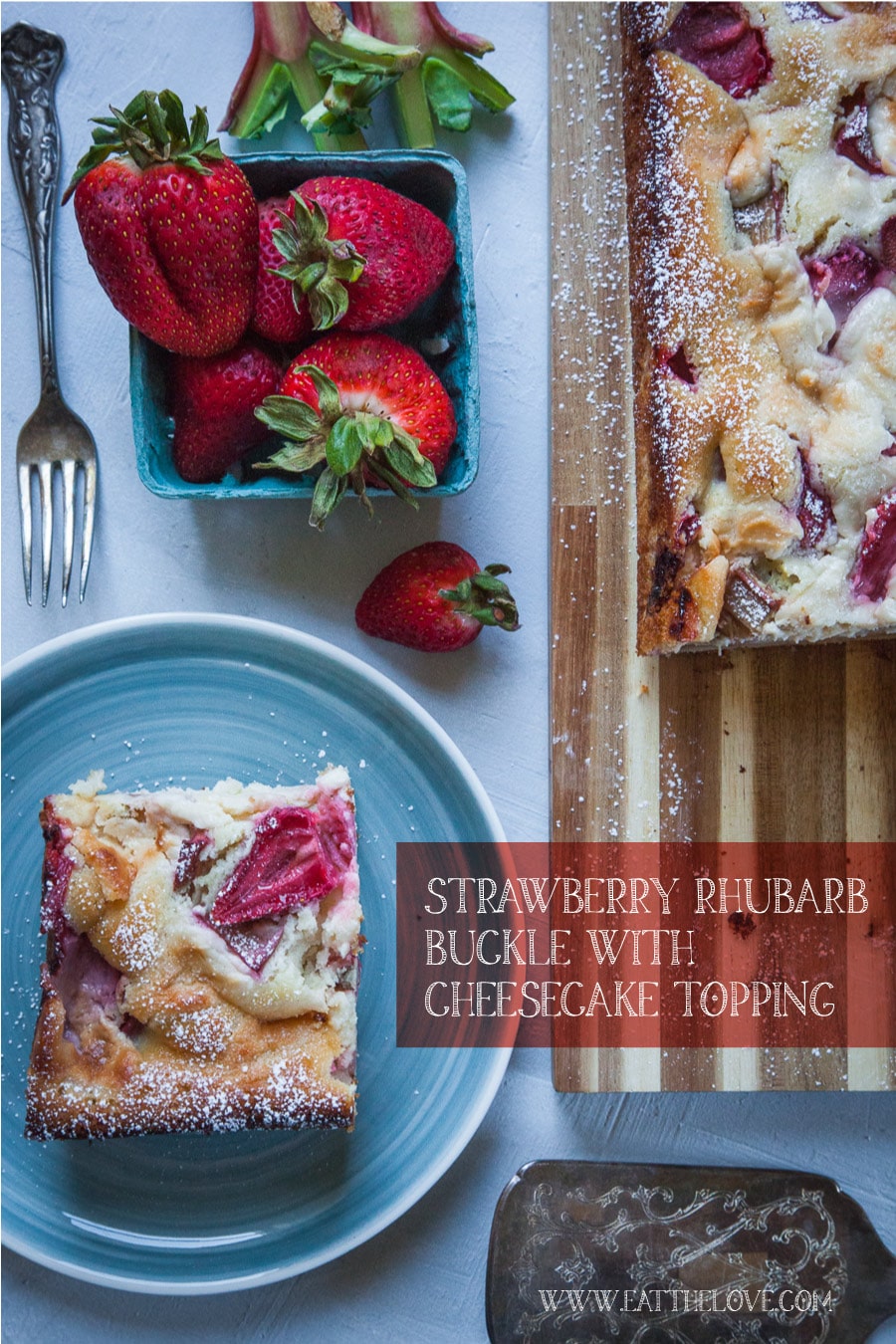 There are days I absolutely hate the internet. And I don’t say that as an old grumpy person (get off my lawn!) that pines away for the times when kids didn’t stare at the phone screens constantly. I’m talking about the constant struggle as a recipe developer to figure out exactly what is an SEO friendly title for a dessert that really doesn’t have a good name. 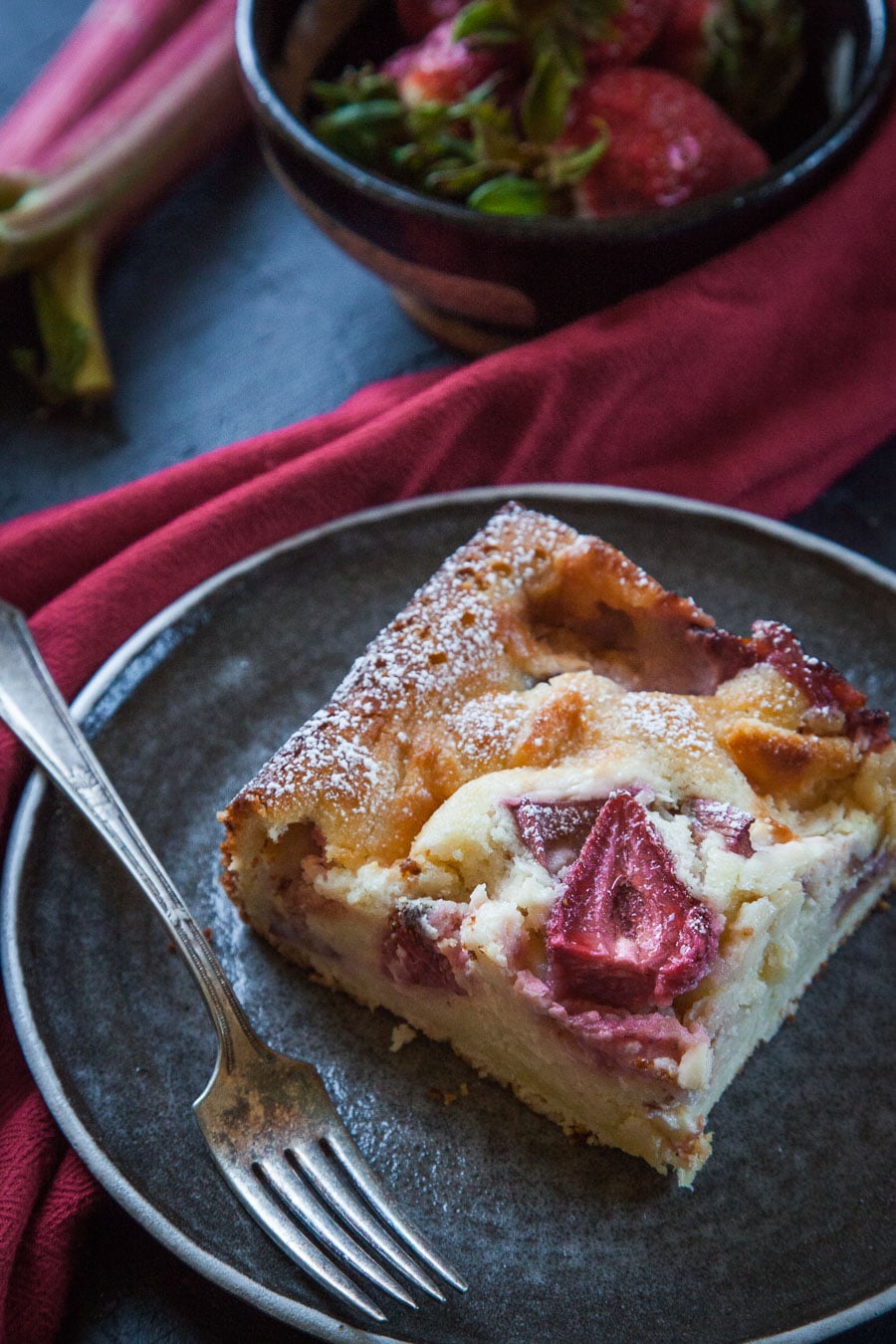 Here’s the thing. I know that I really wanted to make a dessert that had the classic combination of strawberries and rhubarb. And I wanted something that had a cream cheese component (without it being a full-blown cheesecake). I refuse to call this dessert a “dump cake” both because I hate that name, and also because it technically requires SOME mixing and layering which is the opposite of a dump cake. 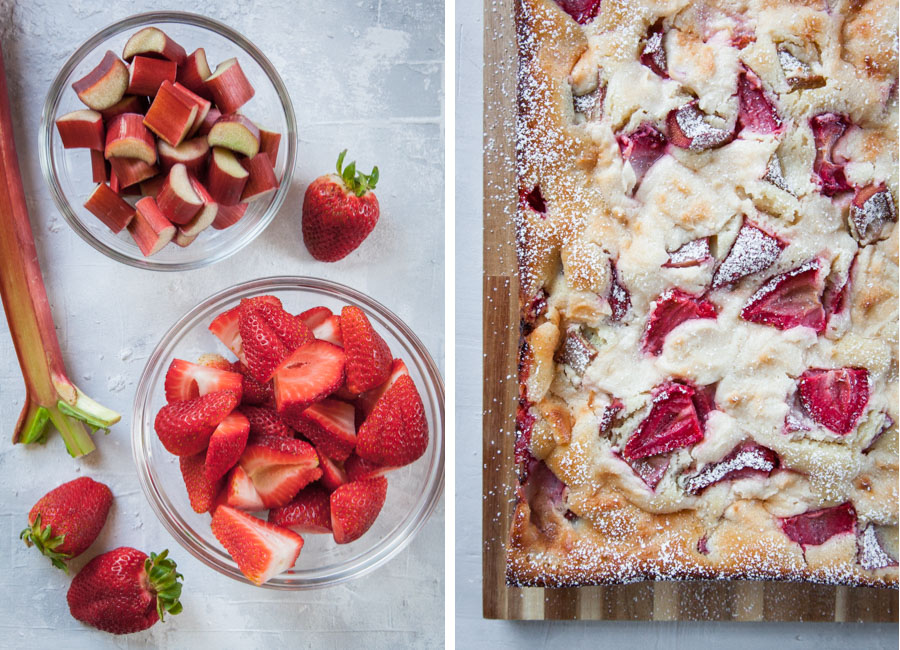 But a quick search on the internet failed me. Some folks called this sort of dessert a cobbler. My Midwest mentality screamed NO, as a cobbler is strictly a fruit dessert with biscuit toppings. Other folks considered it a clafoutis but there’s no cream cheese topping on a clafoutis. And though I considered an old fashion batter pudding, it really isn’t the sort of dish you serve up warm with a bunch of spoons to eat directly out of the pan (though I wouldn’t judge you if you did). 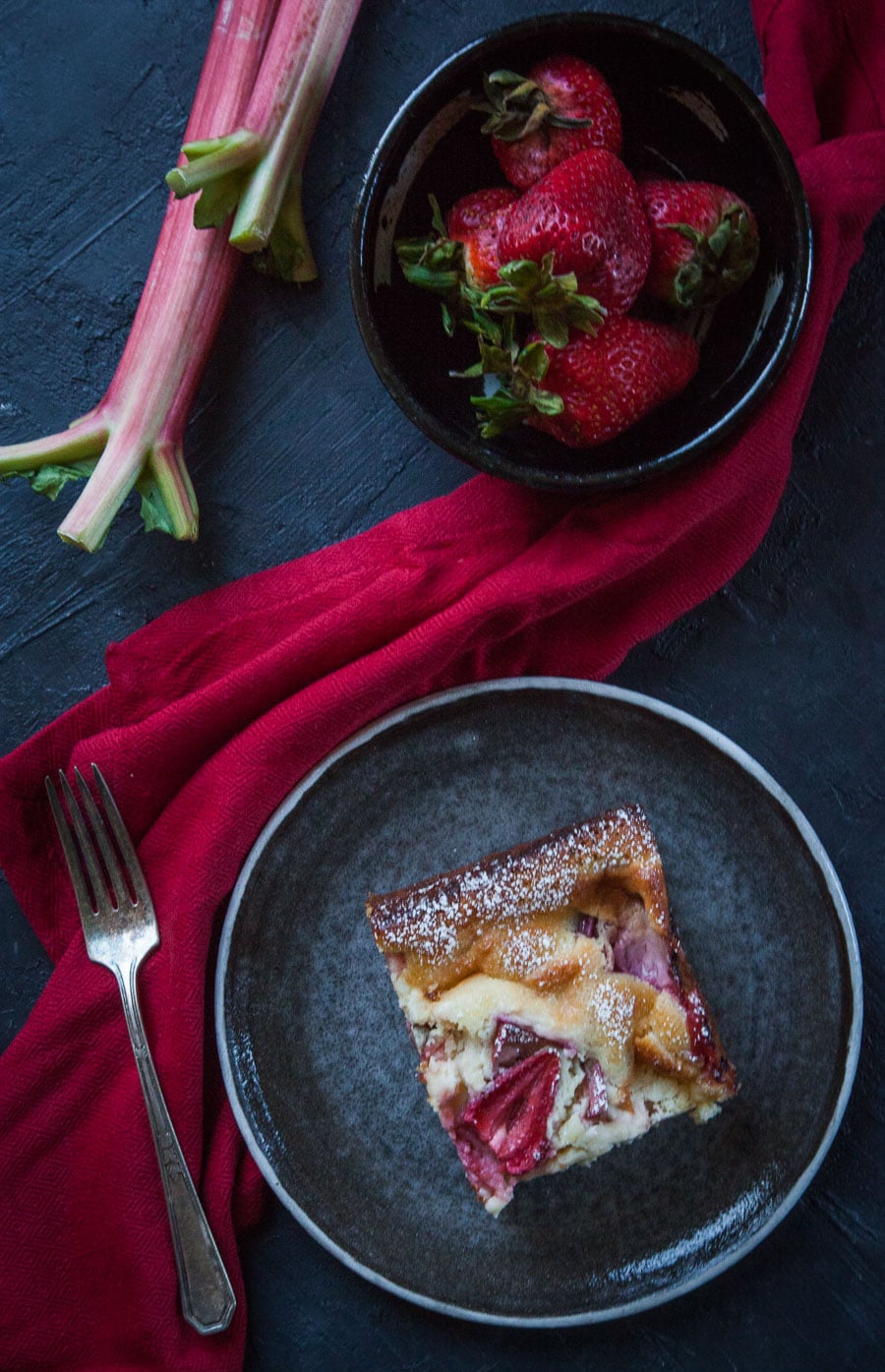 So I totally bypassed the internet and texted my friend Shauna. Shauna’s one of my go-to baking pals who moved back to the Midwest (Chicago to be exact). We met ages ago here in San Francisco but she was always a Midwest girl at heart, so it only made sense that she would finally go back home. Right now she’s writing a cookbook called The Heartland Baker, and with some texting back and forth, she led me to BUCKLE. Ah the mythical buckle. I adore buckles, which are basically coffee cakes, but I don’t make them or call them that often. But this recipe, with its fruit sprinkled on top, and dollops of cheesecake batter speckling the fruit, is firmly in buckle territory. And, I guess, if I have to think about it, I met Shauna via the internet initially. I probably shouldn’t hate on the ‘net as much as I do. 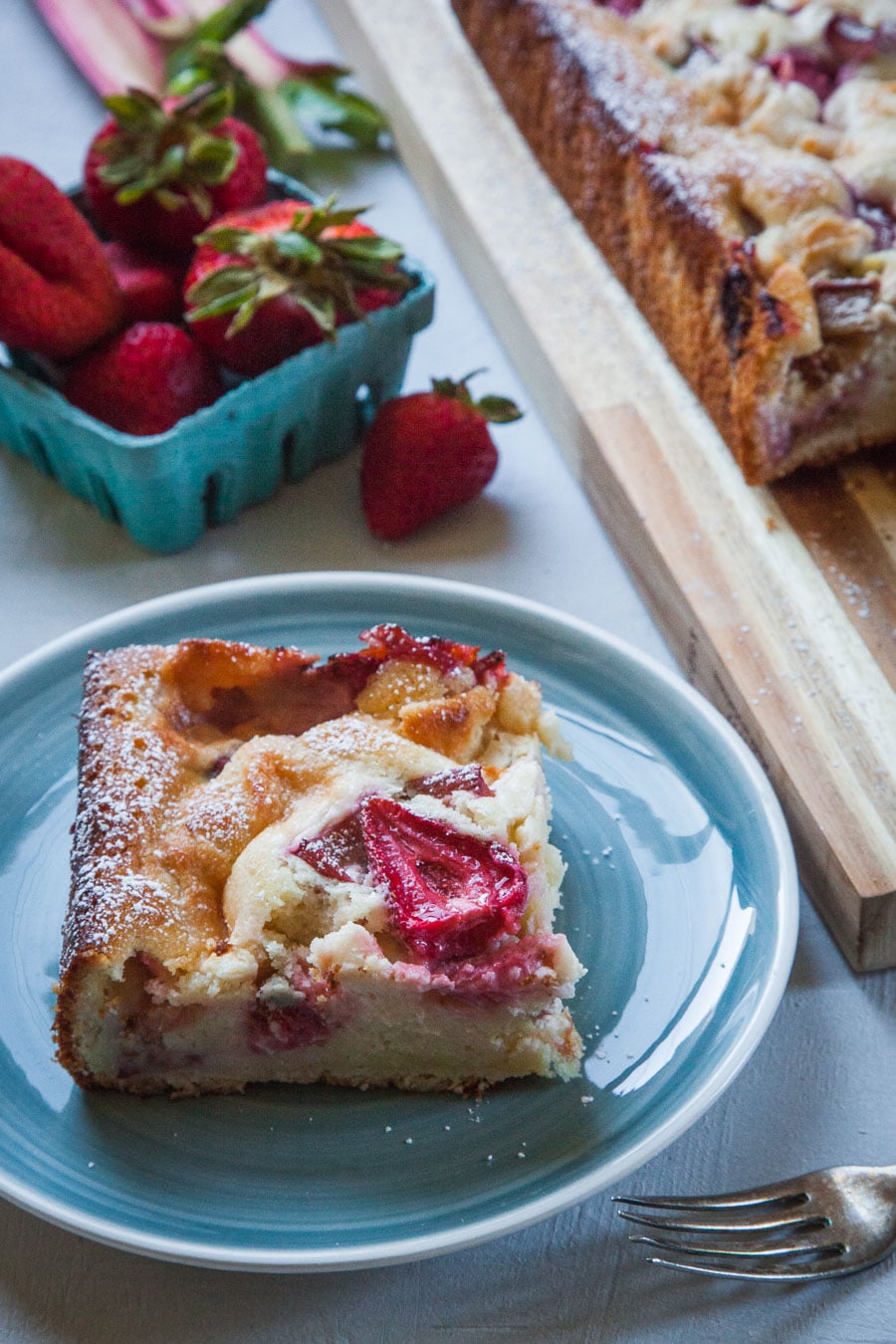 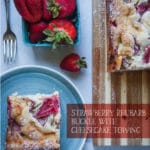 A buckle is basically a coffee cake with a mid-country comfort name. This buckle, however, is a combo platter of coffee cake, spring fruit and a cheesecake topping that will have you diving in for seconds. Don’t be intimidated by the layering of the ingredients in the instructions, as the recipe is easy to make.
Course Dessert
Cuisine American
Prep Time 15 minutes
Cook Time 50 minutes
Total Time 1 hour 5 minutes
Servings 12
Calories 450kcal
Author Irvin

Adapted from a recipe from Taste of the South Magazine

This blog currently has a partnership with Amazon.com in their affiliate program, which gives me a small percentage of sales if you buy a product through a link on my blog. I only recommend products (usually cookbooks, but sometimes ingredients or equipment) that I use and love, not for any compensation unless otherwise noted in the blog post. If you are uncomfortable with this, feel free to go directly to Amazon.com and search for the book or item of your choice.
559shares