This rhubarb berry slab pie is the perfect baked good for a large crowd or potluck as the pie can be easily cut into smaller pieces! (Jump directly to the recipe.) 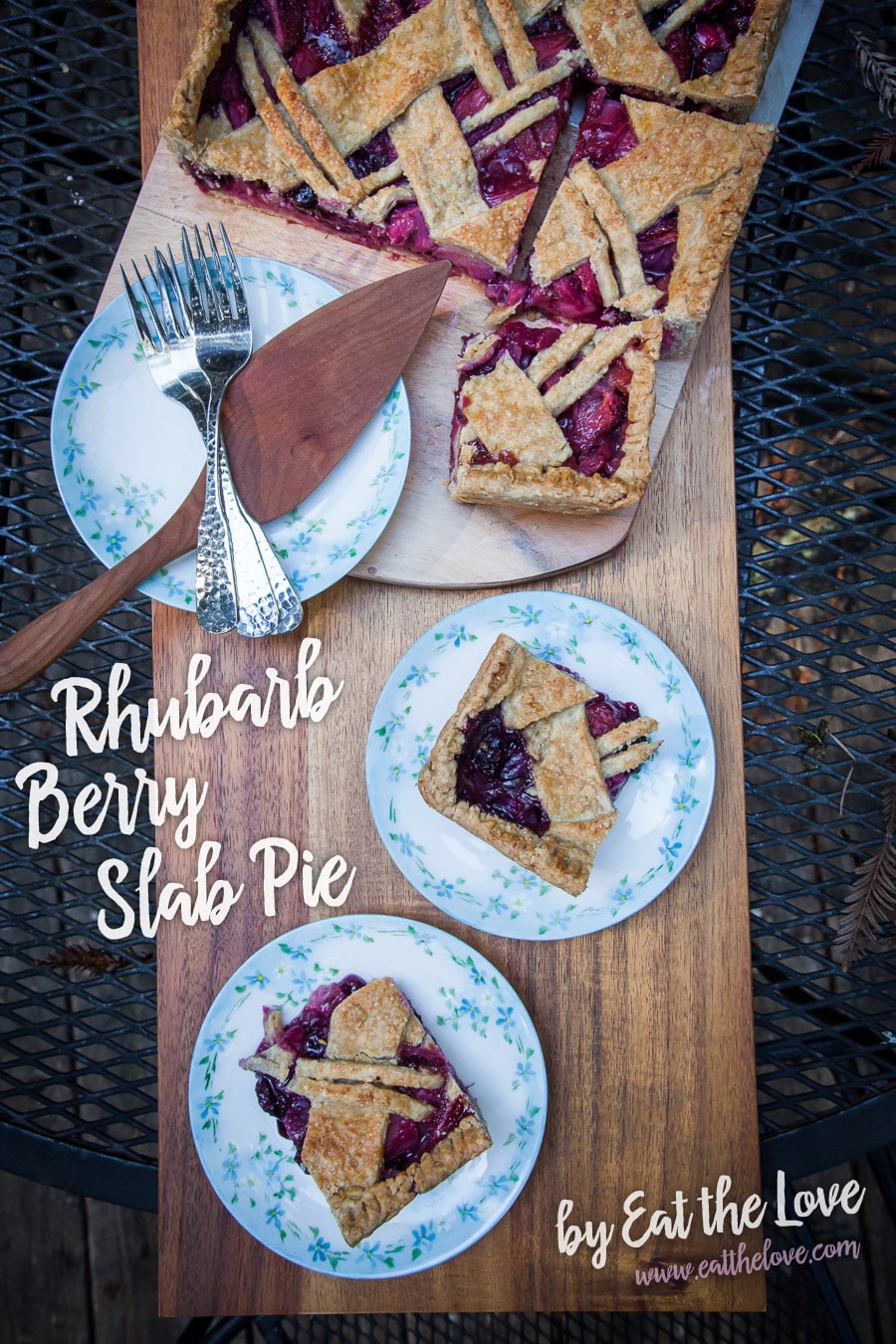 This post was sponsored by California Grown. I was compensated for this post and for developing the recipe. However, all opinions below are completely my own.

I moved to California 20 years ago this coming May. Strangely I’ve never really thought about my life here in California, but I have slowly evolved into being a Californian. The things I mocked when I initially moved here (meditation, the obsession with locally grown seasonal produce, wearing a sweater if the temperature dips under 65°F) are all things I’ve come to embrace. Nothing more so than the seasonal and local food though. Honestly if there is ANYTHING that would peg me as an insufferable Californian, it would be the fact that I’m a spoiled brat when it comes to fruits and vegetables. 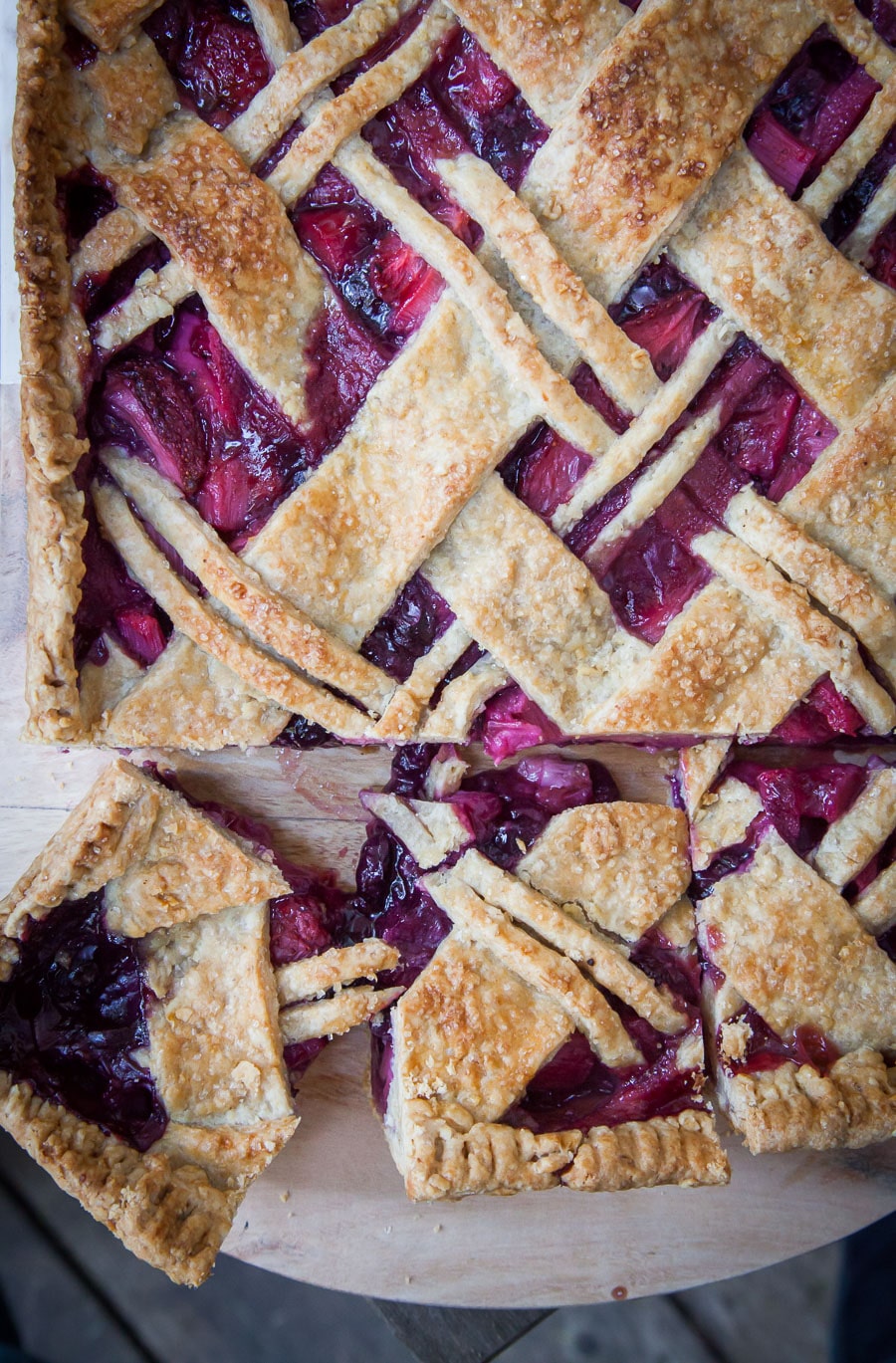 Nothing makes this more evident than when I get SUPER excited to see rhubarb at the grocery store and decide to share it on Instagram…only to have folks around the world proclaim how jealous they are. Apparently, rhubarb shows up early here in California because…well because we’re California. We grow one-third of the vegetables for the entire nation and two-thirds of the fruits! So, of course, it’s super easy for me to be THAT guy who buys local food and highlights it all the time. 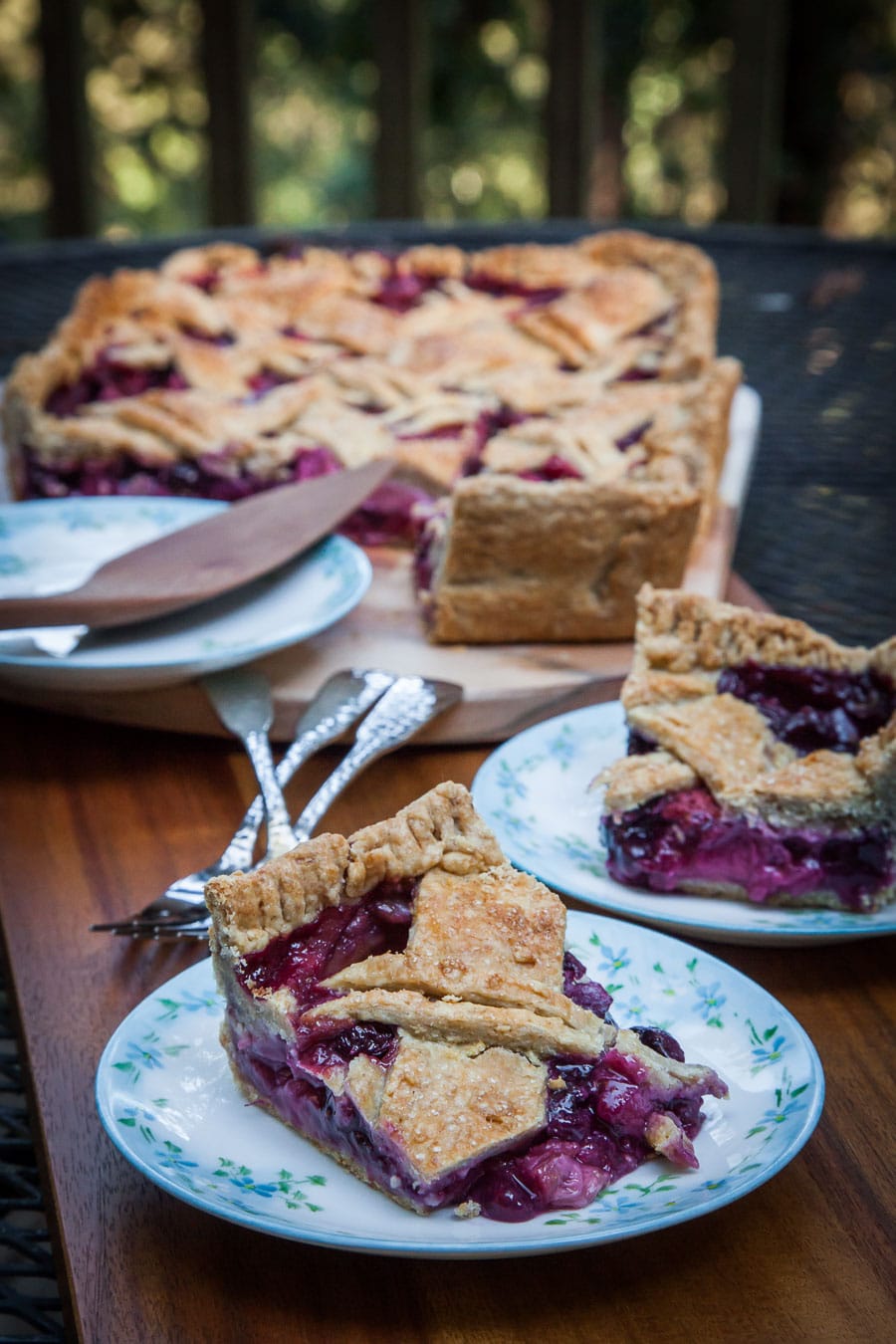 I will admit though, I do go crazy when Spring arrives and I see rhubarb. I’ve been going rhubarb crazy lately and that means I’ve also been going a little bonkers with berries as well. Rhubarb and berries are a total winning combo. Recently AJ and I took a little mini-vacation jaunt up to Sonoma (if you follow me on Instagram you probably saw some IG stories of my time up there at my friend Peter and Grant’s place) and I brought along some rhubarb, strawberries and blueberries because, like usual, I had bought too many of them to eat before our trip. Luckily our hosts decided to throw an impromptu brunch (as one does, when you live in Sonoma) and it was a great excuse for me to bake up a Rhubarb Berry Slab Pie. Once you get your hands on some rhubarb, you’ll be wanting to bake this one up too! 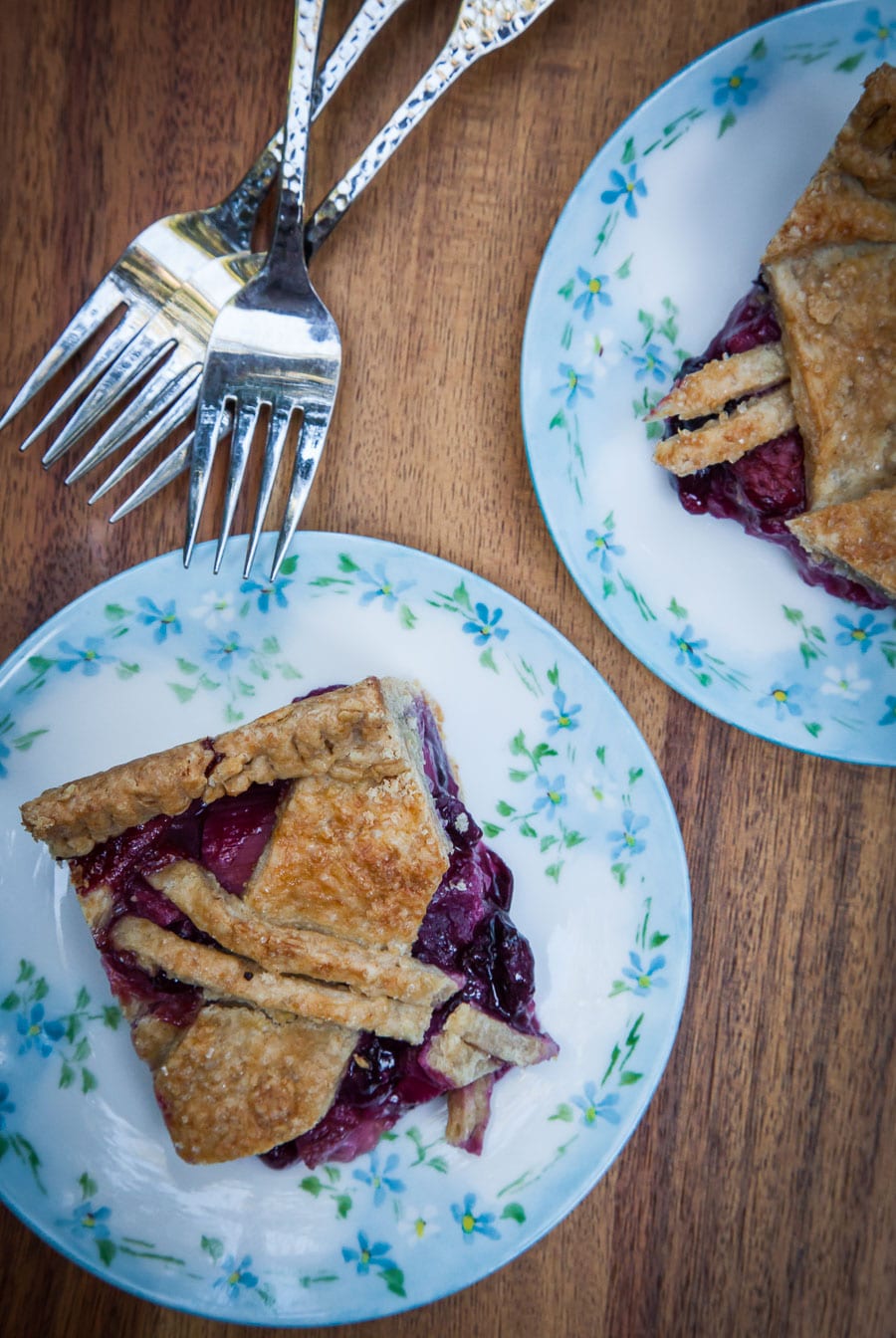 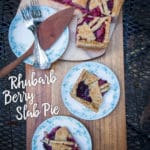 Slab pies are one of my favorite things to make for a large crowds. You can cut the pie into smaller pieces, meaning it an easily serve a bunch of people. And because there is less filling, it also one of those pies that are perfect for crust lovers as the ratio of crust to filling is higher. If you want, you can make the crust ahead by a day and let it chill overnight in the fridge. I make this crust with oats, which has that whole grain goodness that goes so well with the rhubarb, blueberries and strawberries. It’s almost like eating breakfast for dessert!
Course Dessert
Cuisine American
Prep Time 30 minutes
Cook Time 1 hour
Total Time 1 hour 30 minutes
Servings 12
Calories 450kcal
Author Irvin

Note: If you don’t have quick cook or baby rolled oats, place the same amount of regular or thick cut oats in a food processor or blender, and pulse until the oats have broken down into the size of tiny pebbles.

This blog currently has a partnership with Amazon.com in their affiliate program, which gives me a small percentage of sales if you buy a product through a link on my blog. I only recommend products (usually cookbooks, but sometimes ingredients or equipment) that I use and love, not for any compensation unless otherwise noted in the blog post. If you are uncomfortable with this, feel free to go directly to Amazon.com and search for the book or item of your choice.
728shares