How many hours (including sleep) does it take to eat six Vegan Apple Spice Muffins? 24. Well, 24 hours if you are my friend Hadley. 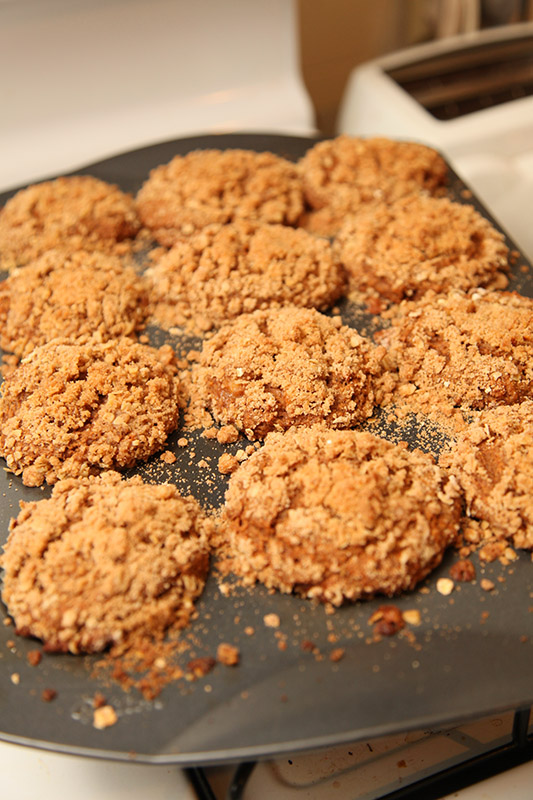 Let’s back up a little bit. I was told a couple of weeks ago that I needed to go on a business trip to Minneapolis for work. Thing is, the trip was going to go as follow: I wake up and go to the office, work half a day, fly out at 3pm, land in Minneapolis at 9 pm, go to the hotel, check in, go to bed. Wake up the next morning at 8am and go into a day of meetings and running around and then head home on a flight arriving back in San Francisco at 11pm. 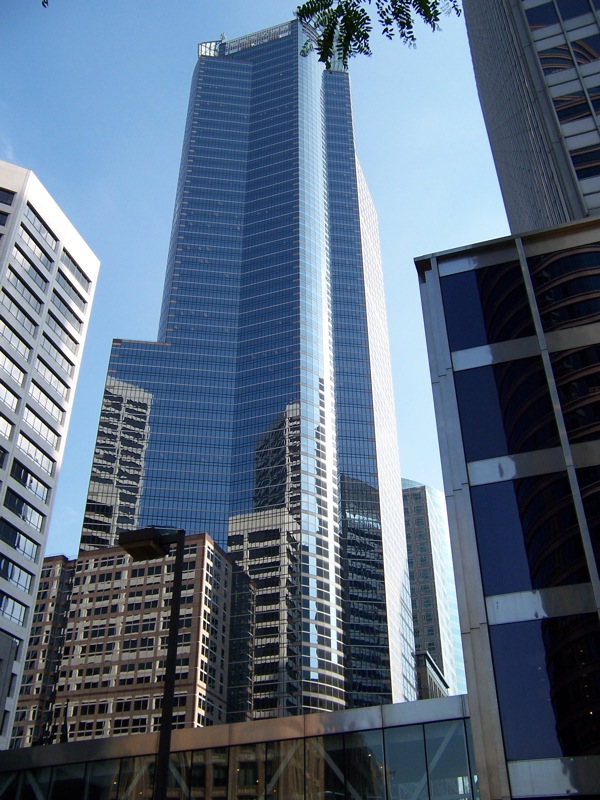 Not fun. I mean business trips always SOUND like they are going to be fun. In my mind, I have images of myself drinking martinis in first class (this is ignoring the fact that I barely drink at all), chatting up attractive men and women and telling them that I am flying out to the “major metropolitan city destination X” for an important business meeting. Then fast forward to me in a swanky four star hotel or dining at an classy restaurant, charging it all on my company American Express Black Card, and then a night on the town, swirling lights, all bright light, big city (except without the drugs) partying hard with my client to make sure that we seal the deal.

Of course, as most people who travel for business know, this doesn’t happen. Well, at least not in my life. I traveled Economy (though I was very excited to travel United Economy Plus on the way back – though the excitement was negated by the fact that I our flight was delayed by two hours). I stayed in a hotel out in a part of town that my friend Hadley described as “a second-ring suburb, where everything looks the same. It’s death”. And my boss and coworker drove us around in a minivan, while I sat in the backseat navigating them with my iPhone (which nearly ended badly, as I ended up navigating us to the wrong airport in St. Paul’s…whoops).
But once I found out that I was going to Minneapolis, I immediately txted my friend Hadley and told him I was coming out to his hood for a business trip. He was excited and immediately started asking me questions like “When are you flying in? Where are you staying? How long are you going to be here?”

All of them good questions, which (at the time) I couldn’t answer as none of the plans were finalized – and probably wouldn’t be for awhile as my work isn’t always on top of things when it comes to organization. What I could ask him though was “Is there anything in San Francisco that you want me to bring to you?”

Hadley’s immediate response was “a husband”.

I told him I didn’t think I could pack a husband for him, as I was only doing carryon, and since I had already filled my allotted two item carryon (my clothing in one bag, and my laptop as my personal item) he would have to figure something else for me to bring for him. Plus a husband is really hard to get for someone sight unseen. People tend to be picky about that sort of thing, and it’s not like you can just return a husband for a full refund after you’ve used him….

I was thinking a shirt from Barney’s or some random San Francisco sourdough bread. But instead he asked me for some vegan muffins. Apparently Hadley had given up dairy for lent and figured that a vegan muffin would fit his new diet (though he said if I wanted to use eggs that would be okay too).

Well I told him that I was going to be baking two desserts for a Seder dinner as well as an dessert for friends who we were having over for dinner (the Mediterranean Citrus Olive Oil Cake) but I’ll see if I can get to it.

He told me not to worry about it then, but that just made me want to make him muffins more. But I had just baked blueberry muffins so I wanted to do something different. Looking around the house, I realized that I had all the ingredients for Vegan Apple Spice Muffins. So I cranked out the muffins and flew to Minneapolis with them.

Hadley picked me up at the airport and took me directly to a restaurant called Bar La Grassa. Apparently it was voted Restaurant of the Year by the Star Tribune and the Twin Cities Metro.  It was also 2010 semi-finalist for the Best New Restaurant for the James Beard Foundation. Not that I knew any of that beforehand.

Hadley said people seemed to love the pasta but he wasn’t crazy fond of them (though he said it was probably because he wasn’t a fan of fresh pasta). My Crispy Insalata Salad with Saporosa Vinaigrette was good, but not as good as Hadley’s Beet and Avocado Salad with Citrus (I definitely had food envy). For dinner, I had the smaller portion of the Bucatini with Bolognese and the Crab Ravioli both excellent, and Hadley had the Red Wine Spaghetti with Pine Nuts and the Pappardelle with Veal Ragu (both made dairy free for him). Delicious. 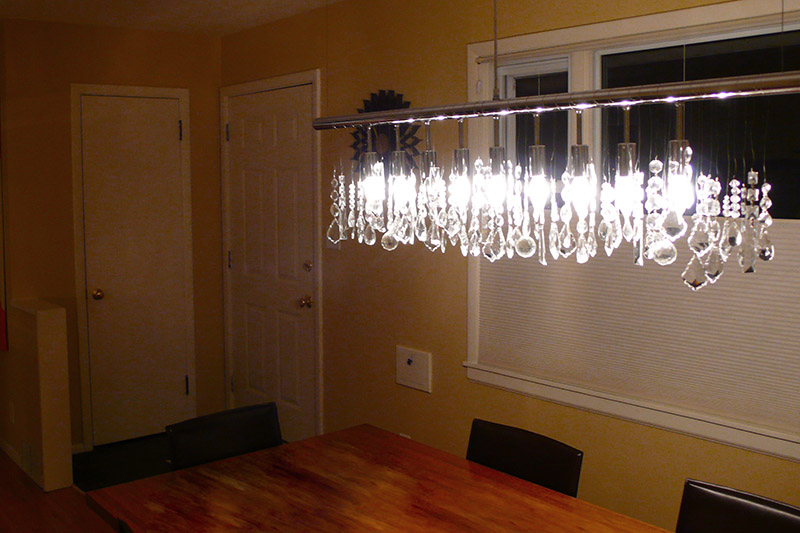 Driving back to his place, I handed over the vegan muffins and told him that even though I was insanely busy, I hate visiting people empty handed. I told him to be brutally honest with me about the muffins, as it was a new recipe and I wanted honest feedback. He promised to do that as he showed me his gorgeous house (if I lived in Minneapolis, I would force him to have dinner parties there, just so I can bring desserts and serve them in his dining room).

Then it was off to the hotel and a day of meetings!

Hadley texted me the next day as I was flying back to San Francisco. His text: “How many hours (including sleep) does it take to eat six Vegan Apple Spice Muffins? 24.” So my guess is that he liked the muffins. At least enough to eat one of them on average one every four hours. 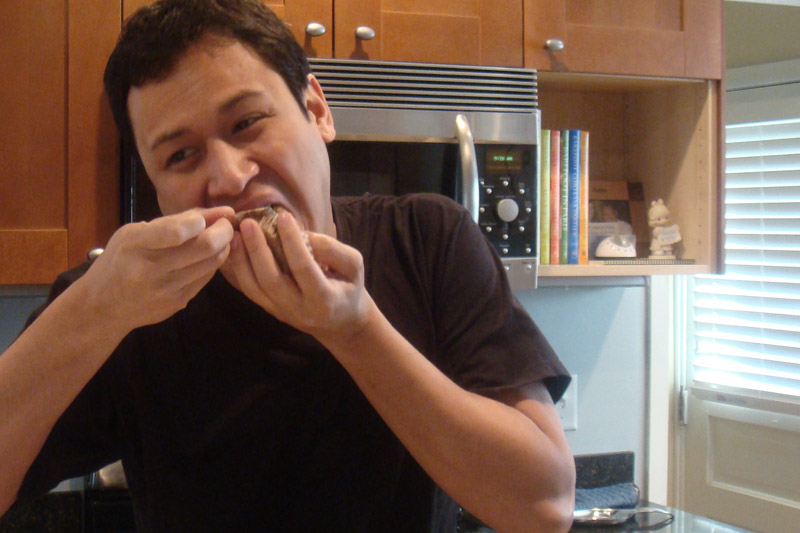 Note: Whilst baking I listened to the new She & Him’s Volume Two album. Though not as beguiling as Volume One, Zooey Deschanel is still adorable no matter what media she is showcased in.

1. Preheat the oven to 400 degrees and line a regular 12 muffin pan with paper liners (or grease them really well if you don’t have any paper liners).

2. In small bowl combine all the oatmeal streusel topping together and mix it up with a fork. It should be a little chunky.

3. In another small bowl (or glass measuring cup) combine the soy yoghurt, the soy milk, the flaxseed meal.

4. In a medium bowl whisk together all the spices, starches, both flours, the baking soda and the salt.

4. In a large bowl mix together the brown sugar, oil, applesauce and vanilla until combined. Fold in the apple chunks.

5. Stir in the soy yoghurt mixture and then fold in the flour/spice/starch mixture. Don’t over mix it. It’s okay if it’s a little lumpy.

6. Using an ice cream scoop (or just some spoons) divide and fill the 12 muffin tins evenly. Sprinkle some of the oatmeal streusel topping on it.

7. Bake for 20 minutes or until a toothpick comes out clean in one of the center muffins.

Note 1. Hadley later gave me feedback that he thought the muffins should be more tartly apple-ish. I personally don’t like my apples super tart. However, if you like your muffins to have more a tart taste, substitute the Braeburn apples with Granny Smith.

If you’re like me and you like your apple muffins more on the milder sweet side use the Braeburn. If Braeburn aren’t available, use Golden Delicious, or Jonagold apples. Or just mix it up and use one of each.

Note 2. To substitute for the eggs, I used a combination of potato and corn starch, soy yoghurt, applesauce, and ground flaxseed meal. If you don’t have the ground flaxseed meal, you can probably make the recipe without it. It’s just added insurance (plus flaxseed is so good for you).

Note 3. These muffins come out pretty soft. In fact, the whole wheat flours really add a nice deeper flavor to the muffins while the starches help it from getting to heavy and gives it a really nice crumb. If you don’t have whole wheat flour, you can use all purpose. It just won’t be as healthy or as flavorful however.

This blog currently has a partnership with Amazon.com in their affiliate program, which gives me a small percentage of sales if you buy a product through a link on my blog. I only recommend products (usually cookbooks, but sometimes ingredients or equipment) that I use and love, not for any compensation unless otherwise noted in the blog post. If you are uncomfortable with this, feel free to go directly to Amazon.com and search for the book or item of your choice.
102shares