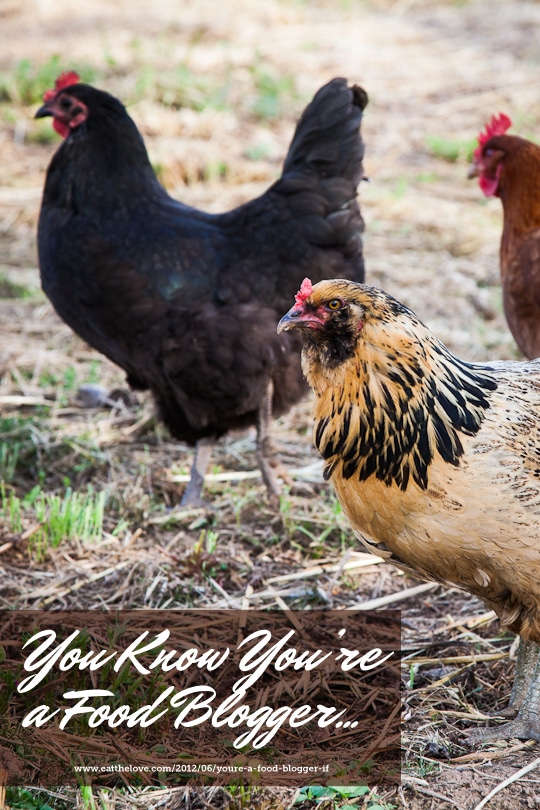 I recently went to the BlogHer Food conference in Seattle where I realized a few thing about food bloggers that I may or may not have know before. I’ve entitled this list, “You know you’re a food blogger if…”

1. You are positively giddy when you see ramps at the farmer’s market.

2. You know that when I say “ramps” I am not talking about making the farmer’s market wheelchair accessible.

3. You’ve made kale chips. And there is a recipe for it on your blog.

4. You are “over” a specialty ingredient like black garlic, even though the majority of the population doesn’t even know what it is.

Other food blogger: “I just don’t understand why people would spend money on _____ when it’s SOOOO easy to make at home and way cheaper!” (fill in the blank with “tomato sauce” “granola” “pickles” “chicken stock” “their own wedding cake” or whatever else they think is incredibly overpriced and ridiculously easy to make)

You: “Oh I know! It’s ridiculous! And SO much better when you make it yourself!” (however, secretly, you are ashamed because you have never made said item at home)

6. You take the same photos of the produce at the farmer’s market that you did last year, but you can’t help it. The rainbow chard is so pretty! 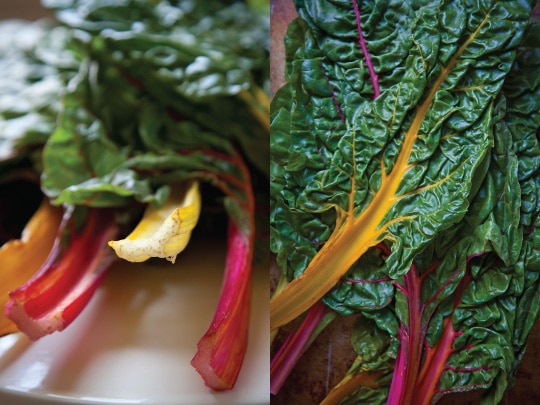 7. You really are confused as to why granola is so expensive at the grocery store.

8. You go shopping with your significant other, and at some point, while looking for a specific item on your grocery list, you turn to him/her and say “We need to shop at a white person grocery store.” – stolen from a Matt Armendariz tweet.

9. When dining out, no one is allowed to eat the food until you have whipped out your camera/iPhone/Android and taken a shot of it first.

10. You actually style the plate you are photographing at the restaurant first, before said photo is taken.

11. You scope out restaurant tables at lunch with proximity to windows to provide natural lighting for your photographs.

12. You own a ridiculous large number of plates with different designs on them. Not sets. Just individual plates.

13. Same with silverware, napkins and cups.

15. If you’ve been food blogger for less than two years, you are super excited by the prospect of a company sending you something for free.

16. If you’ve been food blogging for over two years, you immediately become suspicious if a company offers to send something to you for free.

17. You ACTUALLY know someone who is celiac, gluten intolerant, or has a gluten allergy, as opposed to those people who say they are avoiding gluten, but will then pick the croutons off of the salad because it’s the trendy diet they are on.

18. You’ve done a “cleanse” or elimination diet before.

19. You have run out of room for your cookbooks. Yet you still buy more. 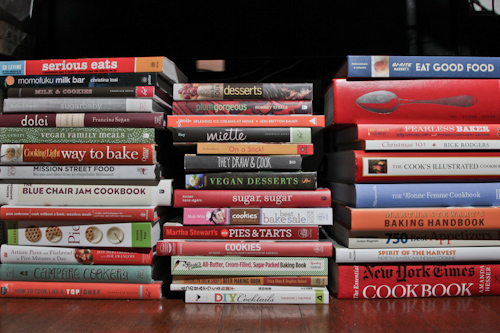 20. You eat seasonal. And local. And organic. And unprocessed. As much as possible. (unless someone offers you a slice of chocolate cake).

21. You think Pinterest is a godsend as well as the devil’s work.

23. You aren’t quite sure what you did with your spare time before food blogging and social media took over.

24. You’ve brought a cake or pie to a party with a slice already taken out, which you had done earlier, when you photographed it.

25. Every time you see someone with a dSLR camera, you feel obligated to ask that person what type of camera they are using, and what lens they own. Then you either exclaim “Oh I have that lens!” or “I totally want that lens!” It doesn’t matter what lens they say, these are the only two appropriate answers.

26. When your significant other or kid accidentally spills something on your wooden surface that you just distressed for your photos, you start to get angry and then you look at it and think “Hmmm. That actually looks pretty good.”

27. You start to get nervous when you are down to only one pound of butter, one bag of flour, one head of garlic, or one onion.

28. You own more than five different salts, and are aghast when people just own one type – especially if it is regular iodinized table salt.

29. You get super crazy excited when you meet a famous cookbook author, chef or food blogger that you admire, and when you try to tell the story to your non-food blogging friends with a “You won’t believe who I just met!!!” intro, they give you a blank look and don’t have a clue who you are talking about.

30. You own chickens. Or you wish you owned chickens. 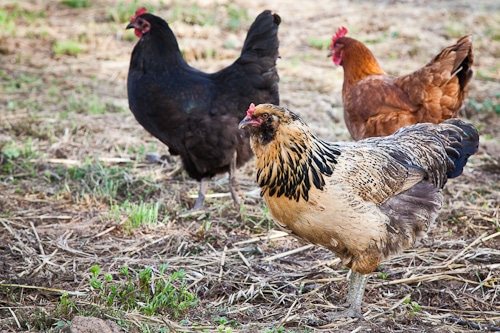 31. You now describing food as “bright” or “intense” and reserve the words “delicious” and “yummy” to describe articles of clothing or up-and-coming actors.

32. When you eat out and order a dish that surprises you, instead of enjoying it, you start mentally analyzing it and trying to figure out if you can reverse engineer it at home.

33. Your significant other has gotten in the habit of finishing really amusing, but slightly embarrassing story with the phrase “…and you can’t blog, tweet or facebook about this!”

34. You get tired of people asking you when you are opening up a restaurant/bakery, writing a cookbook, or getting your own TV show. It’s not that easy people. It’s really not that easy.

36. When you see peeling paint on the wall of a dilapidated house, instead of being sad for the owner of the house, you think to yourself “that would be make a great background texture for one of my photographs…”

37. Even though every food photographer you know has told you that “the gear doesn’t matter” you know in your heart of hearts that if you owned a Canon 5DMkIII or Nikon D800 your photos would never be rejected by Foodgawker or Tastespotting.

39. You own at least 10 URLs and keep on buying more, as you think of them. Because, you never know when that URL may come in handy.

40. You desperately need to put a blog post up because it’s a Monday and “all your readers” expect you to publish a post on Monday, but you don’t have one ready, so you resort to a silly filler blog post, like “You know you’re a food blogger if…”

I know I left some out. Feel free to add your own in the comments. And join Garrett, Shauna, Justin, Ashley and me this coming Wednesday for Pie Day! Make a pie (and if you blog) write about it on your site!

This post also has been syndicated on the BlogHer network.

This blog currently has a partnership with Amazon.com in their affiliate program, which gives me a small percentage of sales if you buy a product through a link on my blog. I only recommend products (usually cookbooks, but sometimes ingredients or equipment) that I use and love, not for any compensation unless otherwise noted in the blog post. If you are uncomfortable with this, feel free to go directly to Amazon.com and search for the book or item of your choice.
615shares