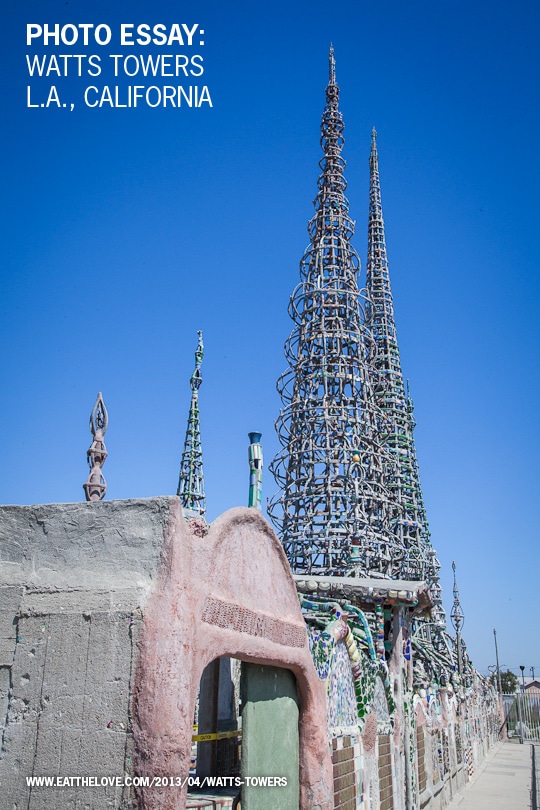 It’s not necessarily in the best part of Los Angeles, but the Watts Towers are a man-made wonder to behold. Built by Sabato “Simon” Rodia, over the course of 33 years, the site towers over the neighborhood, with 17 interconnecting structures with the tallests reaching nearly 100 feet. Rodia, an Italian immigrant that came to the US at the age of 15, bouncing around, spending time in construction, including a stint helping build the UC Berkeley campus buildings. After a bitter divorce he relocated to Southern California and eventually built the Watts Towers slowly by hand, bending steel wire into a framework, slathering it with hand mixed concrete and embedding plates, mugs, ceramics, glass bottles and whatever other found objects he had on hand. He finally abandoned the towers, never to return to them in 1954 and the towers have become part of the neighborhood landscape as well as a National Historic Landmark. 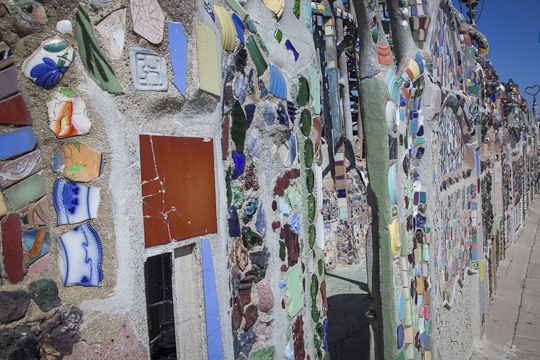 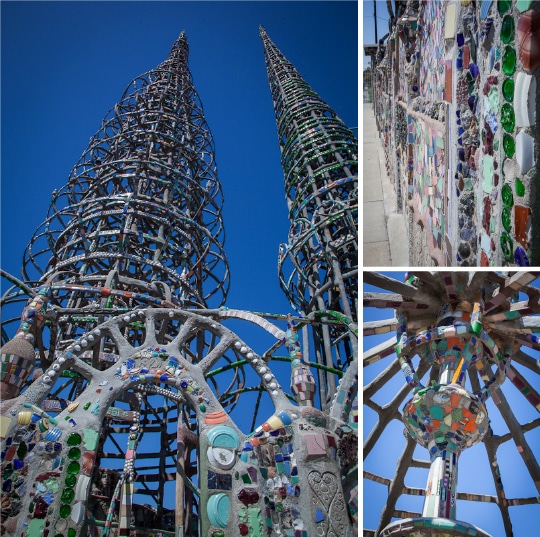 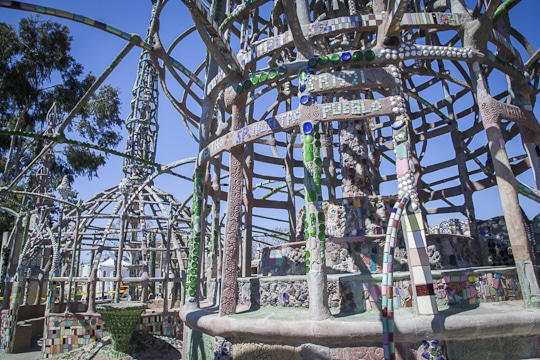 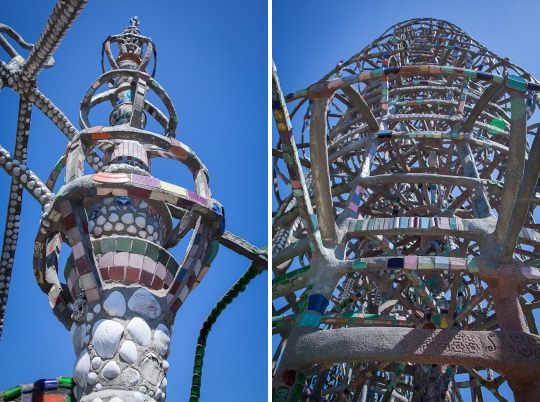 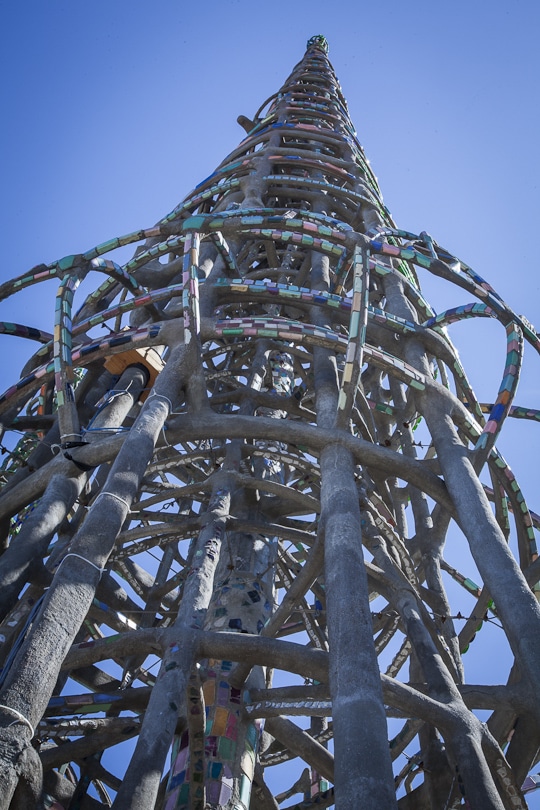 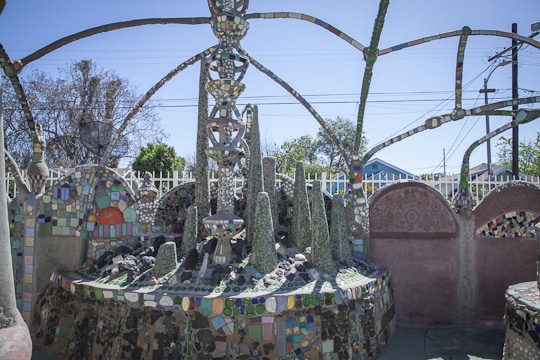 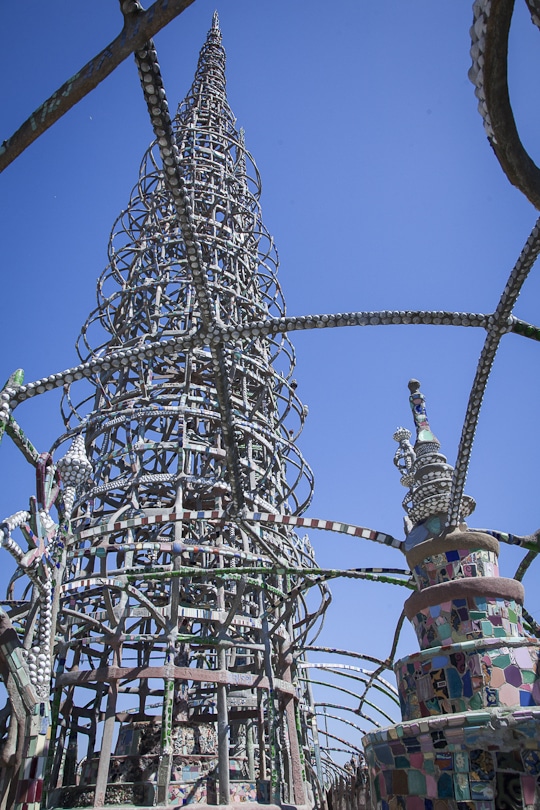 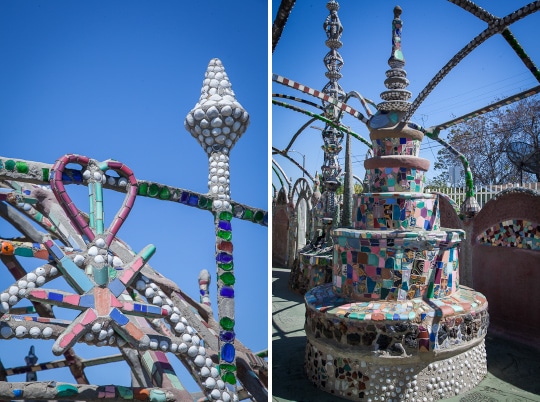 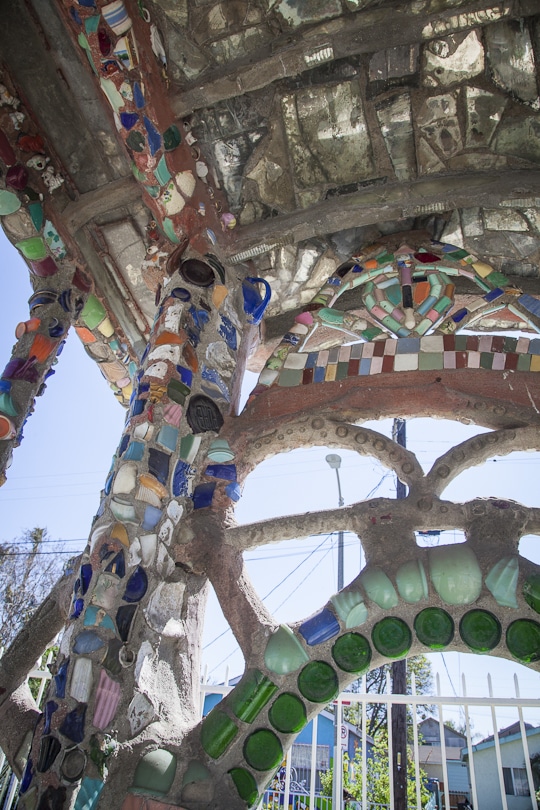 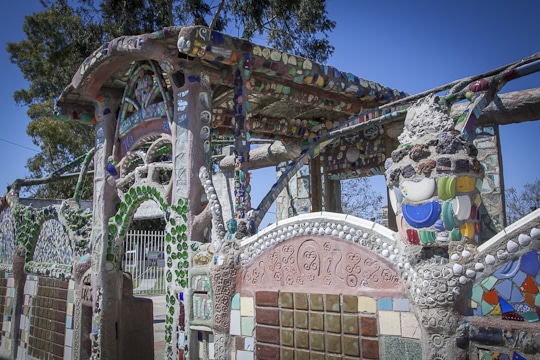 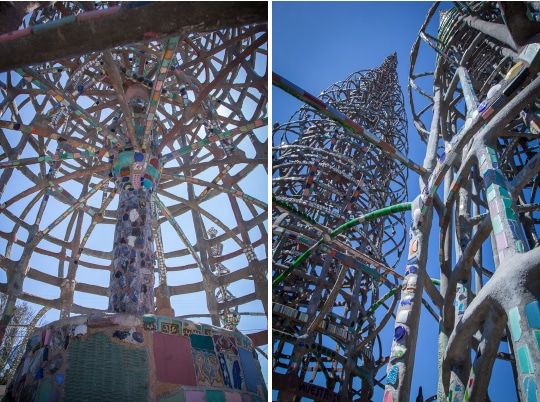 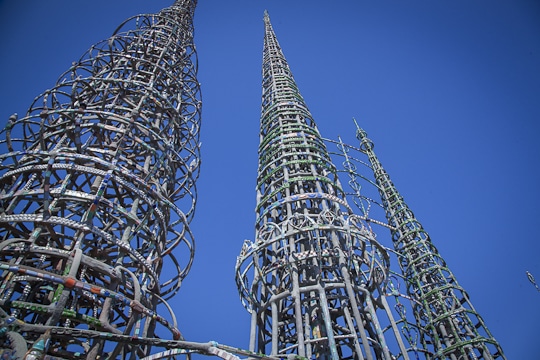 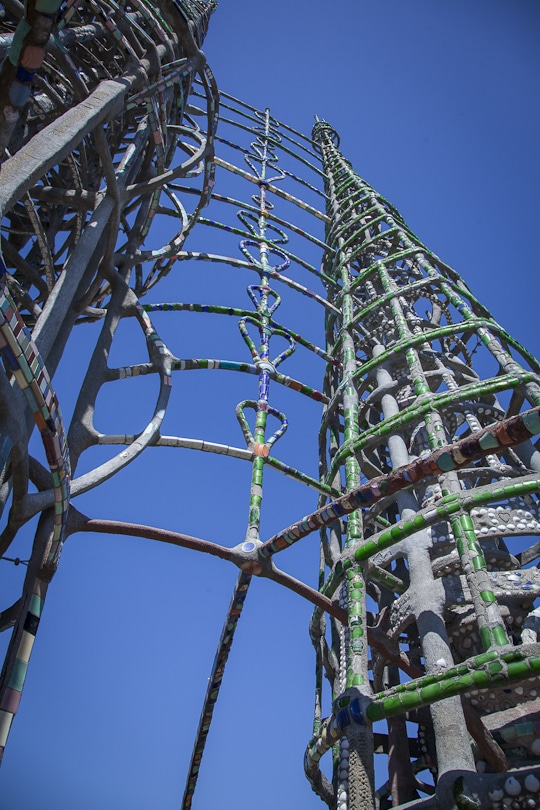 This blog currently has a partnership with Amazon.com in their affiliate program, which gives me a small percentage of sales if you buy a product through a link on my blog. I only recommend products (usually cookbooks, but sometimes ingredients or equipment) that I use and love, not for any compensation unless otherwise noted in the blog post. If you are uncomfortable with this, feel free to go directly to Amazon.com and search for the book or item of your choice.
8shares