“Oh my gosh! They had NEVER used a wok before? WHO goes on national television to compete in a cooking show based in Singapore and doesn’t AT LEAST practice using a wok?!?!” exclaimed my sister Natatia, shaking her head in frustration as we talked about the show Top Chef, while her husband Peter nodded in agreement. AJ was pretty lost in the conversation and I could barely keep up, as I had only watched the Top Chef’s Just Desserts spin off show last year (resulting in a HILARIOUS story that came from meeting Yigit, which, sadly, I cannot share with you). Both Natatia and Peter are huge fans the show, and when I told them there was a recent call for contestants for both the new Top Chef, Season 9 as well as the Top Chef Just Desserts spin off, Season 2, they did NOT suggest that I try out for it (thank you, this is why I love my sister). Instead, she started to tell me all the ways people look foolish on the show. This, of course, led to me asking my sister if she wouldn’t mind writing a guest post about that very subject and she eagerly agreed. Consider this Natatia and Peter’s Top Seven Hints and Tricks (plus one bonus one) on How to Win Top Chef, or at least not look like a totally loser when you compete. To accompany these tips and hits I’ve included a recipe for a fail safe easy dessert, the Ad Hoc Brownies, which was a huge hit at my holiday dessert party. And yes, the brownies were covered in Zac’s disco dust, but don’t hold that against them. I’ve been using gold luster dust for years. 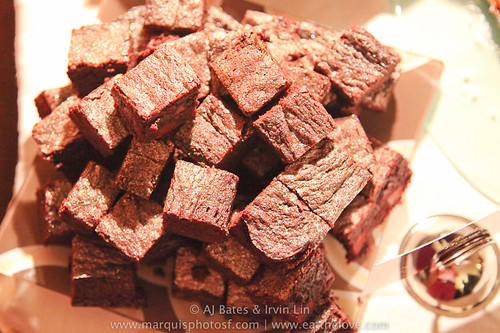 So the new hubby and I have been watching Top Chef for the past few seasons and have had our fair share of frustrations at both contestants and judges alike. As much as we yell at the judges for what we feel are bad decisions (really, it took you THIS LONG to kick off Jaime??), we know very well that ultimately the fate of the contestants lies in their hands, their cooking, their food. Peter and I often find ourselves yelling the Same. Exact. Things. at the contestants, season after season, episode after episode. So since the call for new entrants just came out, we figured we’d come up with Seven Top Chef Tips (plus a bonus one for Top Chef Just Desserts wannabee contestants), a list of must-do’s and please-don’t-do’s, if you will, for all you Top Chef hopefuls. This may or may not help you win, but it sure has been cathartic for us! 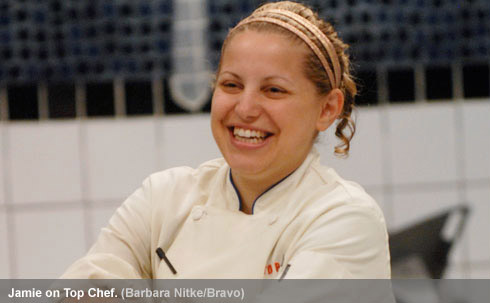 1. Never cook risotto. I can’t remember a single time a contestant made a good risotto, let alone a winning risotto (please correct me if I’m wrong). Contestants have definitely been kicked off for cooking really bad risotto, or (if they’re lucky) their risotto sucked but someone else’s food sucked more.

2. Always have a dessert in your back pocket. If you manage to make it about halfway through the competition, it’s pretty much guaranteed you’ll have to make a dessert at some point. Saying things like “I’m not a pastry chef, I’m a CHEF” does not help you make a good dessert, or even a dessert that prevents you from being kicked off. Going to the competition with at least one good dessert recipe memorized and practiced has a greater chance of preventing your elimination than saying things that stoke your chef ego. 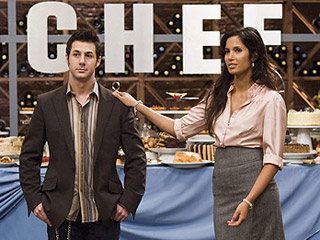 3. Learn how to use a pressure cooker before you start the competition. Ok, let’s think about this guys. You’re going to compete on Top Chef. 99.99% of the challenges have a time limit (we can’t think of one that does not). There is a very good chance you will need to cook a protein that usually requires hours but, surprise!, you only have one or two. Whatchya gonna do? Waste precious time fumbling with this piece of equipment you’ve never even touched before? Yes, apparently this is the thought process of most Top Chef contestants.

4. Never let someone else decide how or what you’re cooking (unless, of course, it’s part of the challenge). Carla was infamous for going down for this. The contestants who win are the ones who find their groove and show the judges exactly who they are through their food. A very easy way to get eliminated is to not cook that food. And you’ll feel even worse if it’s because someone else made that decision instead of you. 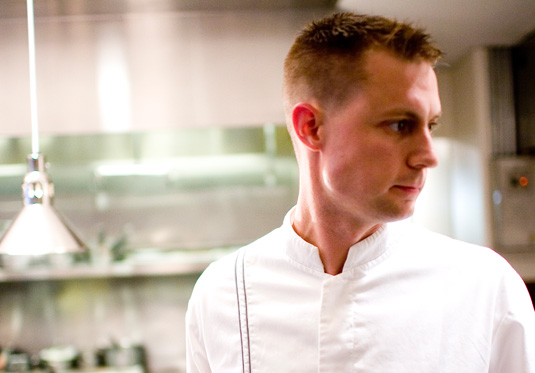 6. Taste your food! It’s amazing how many times we’ve heard contestants say “I just ran out of time and didn’t get a chance to taste my dish.” Judges hate hearing that, as well they should.

7. Never try a brand-new cooking technique for the finale. You’ve never done it before and barely even know the theory behind it – what makes you think you’ll be able to pull it off under that amount of pressure and stress with a ticking clock counting down on the wall? Stick to your tried and true techniques and just pound out some really freakin’ awesome food. Isn’t that what the finale’s all about?! 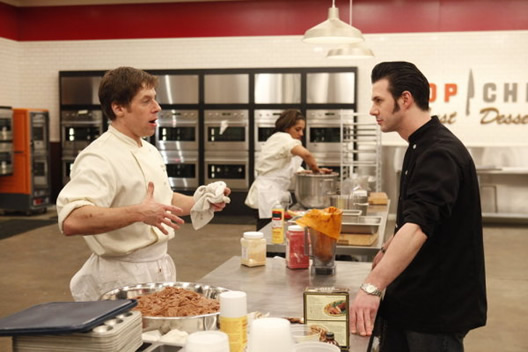 8. Bonus for Top Chef Just Desserts contestants. We have one additional tip – GET. A. GRIP. I can’t imagine all pastry chefs are like that, but now everyone thinks they are!

So what do you think readers? Are these tips accurate? Do you have any more tips for Top Chef wannabees? Would you want to be on the show at all? I don’t know HOW many people have told me that I should try out for Just Desserts…

And for all those wannabee chef-testants going out for Top Chef, regarding tip #2… Here’s super easy dessert basic for you all to keep in your back pocket.

Before you turn your nose up at the plain old brownie, keep in mind that it’s a building block recipe. Make the brownies, layer it with ice cream, caramel sauce, whipped cream and a cherry you have an old school sundae. Use it as a base for a decadent cheesecake or as component with whipped chocolate mousse and white chocolate cake to make a multilayered chocolate extravaganza. A good solid brownie recipe can be a great base for pretty much any chocolate dessert. Every chef should know how to make a decent brownie. And let’s face it, you can’t go wrong with this Thomas Keller recipe for dark dense fudgy brownies.

1. Preheat oven to 350˚F. Spray a 9″ square pan (Mr. Keller recommends a silicon pan for even cooking and to prevent the edges from overcooking) with neutral tasting cooking oil. If you are using a glass or metal pan, line it with parchment paper, leaving one or two inches hanging over the top, so you can lift the brownies directly up from the pan; giving you nice clean corners and edges and saving you from having to dig them out of the pan.

2. In a large mixing bowl, combine the flour and cocoa powder. Stir vigorously with a whisk to blend together.

3. Melt half the butter (170g) in a microwave or on a stovetop until liquid, and place the other half (170g) in a medium bowl. When the butter is melted completely pour it onto the solid butter and stir together until it all melts into a creamy consistency, with some small chunks left in it. The butter should be at room temperature or a little warmer.

4. In a stand mixer fitted with a paddle attachment, place the eggs, sugar in the bowl. Cut the vanilla pod vertically down the bean and scrape the beans inside into the bowl as well. Beat together on medium, until thick and pale, about three minutes or so. Add half the flour/cocoa powder and blend on low speed. Scrape down the side and add half the butter and blend at low speed. Repeat with the other half of each, remembering to scrape down the sides between additions. Sprinkle the chopped bittersweet chocolate into the bowl and mix them in by hand with a large spatula.

5. Pour the batter into the prepared pan and spread it out evenly. Bake for 40 to 45 minutes. Be sure to test with a toothpick in the middle of the pan. The brownies are done when the toothpick comes out clean with a few moist crumbs stuck to it. If the toothpick comes out wet, stick it back into pan at a different place. as you might have hit a chocolate chunk. You don’t want to overbake these brownies. Let them cool in the pan until just a little bit warmer than room temperature before lifting them out and serving. Sprinkle with confectioner’s sugar or gold luster dust (if you are Zac) and serve.

Note: This batter has no leavening agent (ie, there is no baking powder or baking soda) meaning you can refrigerate the batter for up to a week before you use it. Just bring it to room temperature before you pop it in the oven. This means you can make it in advance, and bake at the last minute, serving it warm from the oven. Perfect to impress the judges!

This blog currently has a partnership with Amazon.com in their affiliate program, which gives me a small percentage of sales if you buy a product through a link on my blog. I only recommend products (usually cookbooks, but sometimes ingredients or equipment) that I use and love, not for any compensation unless otherwise noted in the blog post. If you are uncomfortable with this, feel free to go directly to Amazon.com and search for the book or item of your choice.
29shares