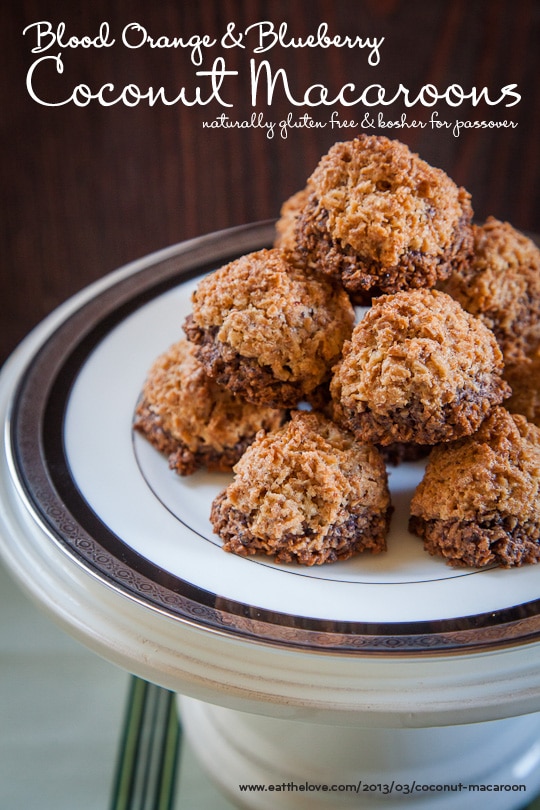 I’ve been toying with the idea of making Coconut Macaroons for while, but something slightly different, something more than the traditional chocolate dipped Kosher for Passover treat. Not that I am one to discard the classics, but for me, making coconut macaroons are criminally easy. Unlike their French cousins the macaron with its persnickety feet and nearly mythical status of difficulty, the coconut macaroon is just egg white, coconut and sugar all stirred together and baked in lumps. But add a little bit of blood orange zest and some freeze dried blueberry to the mix, and all of sudden these little dessert treats become a whole new creature. The Blood Orange and Blueberry Coconut Macaroon had me newly inspired to look at the macaroon in a whole new light. 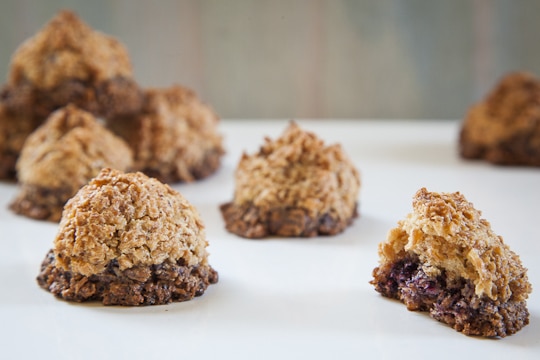 I grew up in a predominantly Jewish and Asian suburb of St. Louis. Whenever a major Jewish holiday came about, my classrooms emptied out and I basically looked forward to a day of movies, as no teacher wanted to cover anything important while half the class was out for temple. Passover time usually meant the beginning of Spring for me, and it also meant that I got to munch on my friends’ Matzo sandwiches that they didn’t want. What it also meant was I learned early on what things were Kosher for Passover and what wasn’t. And though I do like my matzo meal (it’s actually works pretty well as a bread crumb substitute year round) the specific heaviness of them really do wear down on people after a week or so of eating them. 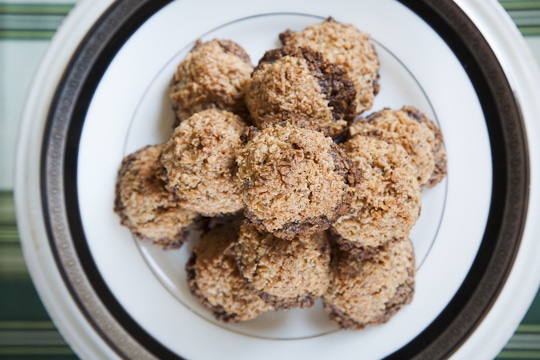 But I’ll be honest and say that I could probably nibble on these orange and blueberry macaroons all week long. Bright with citrus and fruit, but chewy and a little bit nutty because I toasted the coconut beforehand, I found myself making sure that I didn’t eat too many of them in one sitting lest I ruin my appetite. Of course, with a big Passover dinner coming up, I knew that I had to save room for the brisket my friend was making. I just hope that he had also saved me a Maxwell House Haggadah to read from. It’s just not Passover without that blue covered booklet in my hand. 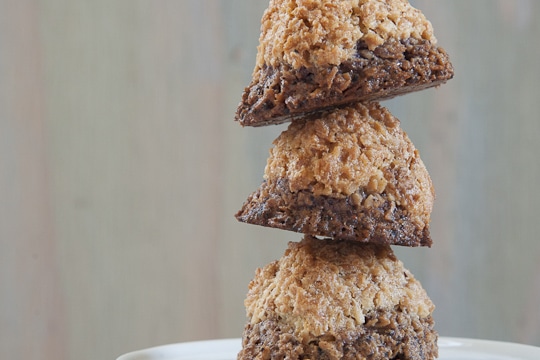 If you like this Kosher for Passover recipe, be sure to check out my recipe for my coconut basil ginger flourless chocolate cake that I made last year for a Passover dinner and bounce over to my friend Tori’s site The Shiksa in the Kitchen. She’s hosting a virtual Passover Potluck with some fantastic recipes and my recipe for a Kosher for Passover Lemon Curd Marbled Cheesecake with Pistachio Crust will be featured tomorrow! 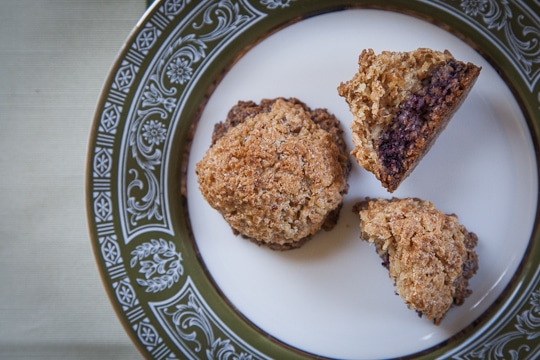 By Irvin Lin
This chewy crisp coconut macaroon is slightly nutty because I toast the coconut flakes before I fold them into the egg whites. The orange zest gives it a nice citrus brightness and the blueberry is a slightly unexpected flavor especially if you are used to the traditional coconut macaroon dipped in chocolate. Of course, if you can’t find freeze dried fruit (usually found in a specialty stores like Trader Joe’s or Whole Foods), you can certainly leave it out, and just dip the blood orange coconut macaroons into melted dark chocolate. Just makes sure to used unsweetened coconut, not the pre-sweetened kind. Toasting the pre-sweetened kind can be a bit tricky as the sugars tend to burn before the coconut toasts. 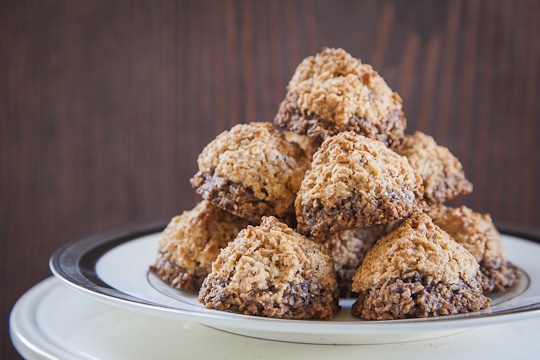 Directions
1. Preheat the oven to 325˚F and line a baking sheet with a silpat or parchment paper.

2. Place the granulated sugar, orange zest and vanilla bean seeds in a food processor and pulse until uniform in color. This will break up the orange zest and release the oils. Toast the shredded coconut by placing it in a large skillet over medium heat. Stir constantly until brown and smells fragrant. Remove from heat and let cool to room temperature. 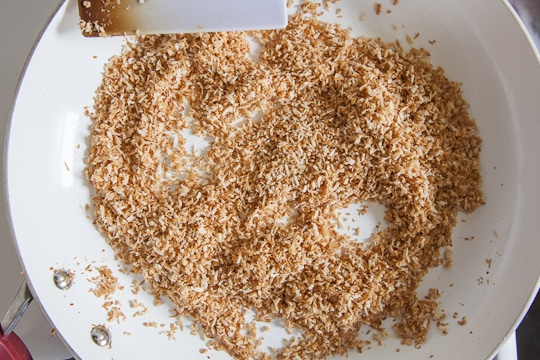 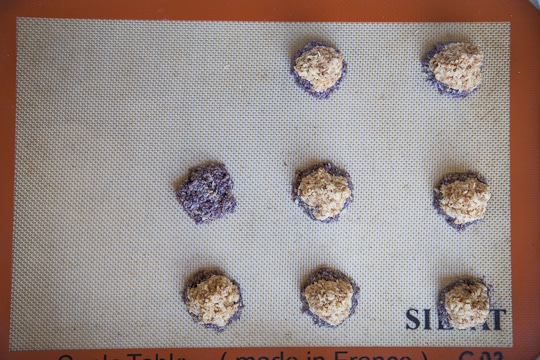 5. Bake for 16-18 minutes or until the top of the macaroons are brown. Let cool on the baking sheets for 10 minutes before moving them to a wire rack to cool completely.

This blog currently has a partnership with Amazon.com in their affiliate program, which gives me a small percentage of sales if you buy a product through a link on my blog. I only recommend products (usually cookbooks, but sometimes ingredients or equipment) that I use and love, not for any compensation unless otherwise noted in the blog post. If you are uncomfortable with this, feel free to go directly to Amazon.com and search for the book or item of your choice.
187shares