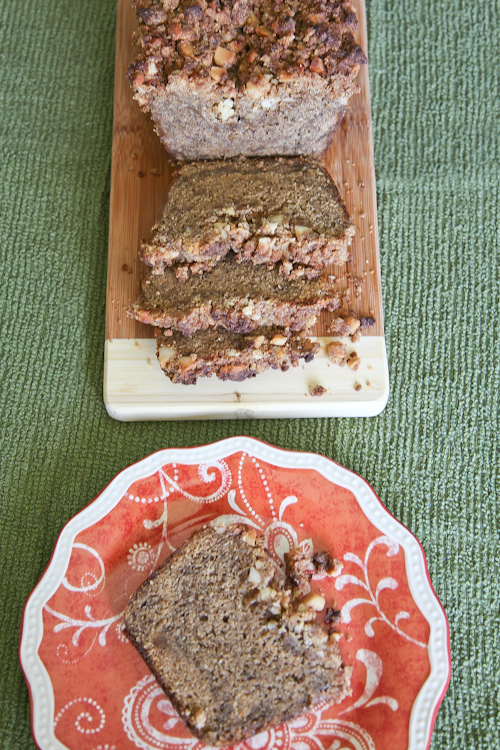 I wasn’t expecting to see that sort of person on the beach, but as I turned over on my beach towel, the man and his girlfriend came into view and I could see his back tattoo. It was large, filling his entire back, with gothic looking letters. The top word, WHITE, then some menacing lightning bolts, then below it, PRIDE. Apparently he was a Neo-Nazi white supremacist, hanging out on the clothing optional gay part of the nude beach in Maui. The irony seemed lost on him, someone who professed to having pride in being white, that he was on a tropical island enjoying all that it had to offer, populated by non-white people, surrounded by nude gay men…and he was trying to get a little less white by getting a suntan. 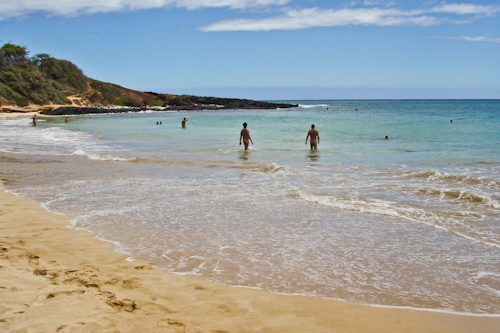 I’m lucky that I never had a personal encounter with a self-professed racist (at least as far as I am aware of). Sure, growing up in the Midwest as an Asian-American, I’ve had my fair share of ignorant incidents. I remember being asked on more than one occasion if I spoke English. I usually replied back “Probably better than you” with insouciant roll of the eyes. But this upclose encounter with an actual racist had me thinking, what sort of path of life leads you think that you must permanently ink your body to let the world know you dislike anyone that is not your skin color?

Xenophobia is defined as fear of foreigners, other cultures or strangers. But with all us being interconnected, doesn’t it seem weird for this sort of thing to still exist in contemporary society? Aren’t we suppose to celebrate different cultures, exploring them and learning from each other? To encounter it in Hawaii, was even more startling, a tropical island, part of the United States, but also rich in it’s own, decidedly non-white, Polynesian culture. 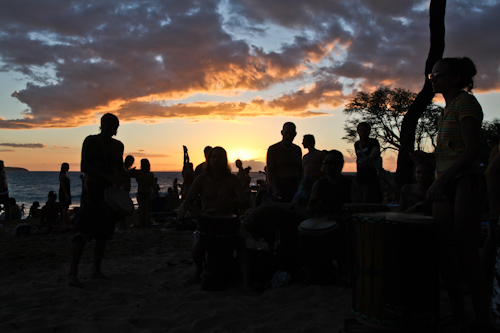 A hodge podge of people hangout at Little Beach at Sunset on Sundays.

I watched the two neo-Nazis blow up their water rafts, and then proceed to run out in the ocean, blithely unaware of their surroundings and the effect they had on me. Secretly I wished that they would get caught by the ocean’s powerful undertow and have to be rescued by one of the local Hawaiian gays hanging out on the beach next to me. But I know that it was unlikely, especially as the tide wasn’t all that strong at the moment. So I rolled over and decided to take a nap, letting the warm sun and the crashing waves soothe my troubled mind. When I woke up half an hour later, they were gone, as was any evidence of them, as they had collected all their stuff and no one there seemed to even have noticed them other than me. 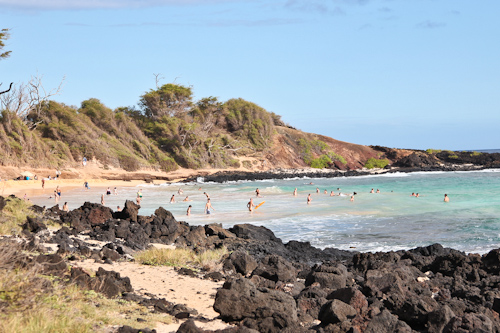 Little Beach in Maui. A tranquil beach that even neo-nazis can appreciate.

AJ and I spent the rest of the day hanging out with friends we had met on the beach. Robert was from Los Angeles and his boyfriend Jorge was from Mexico City. They had been dating for over two years long distance, and yet it seemed to be working for them. They flew back and forth between their respective cities about once a month, and since both were in education, they could take extended vacations together during the summer and winter breaks.

This was their last day on this beach, as they were moving on to another part of the island, to meet up with some of Robert’s family that was coming out to vacation in Maui. This was the first time that Jorge would meet Robert’s family and I thought to myself, how is it that two people, from different cities, different cultures could find each other the way they did. Then I look at AJ and myself, a white boy from Indianapolis and an Asian boy from St. Louis and marvel at how we found each other. I wonder why anyone would want to cut themselves off from other cultures, the potential for falling in love with something or someone you didn’t even know exist, just around the corner. It’s pretty much like magic. Actually I take that back. It IS magic. There’s no other word for it. 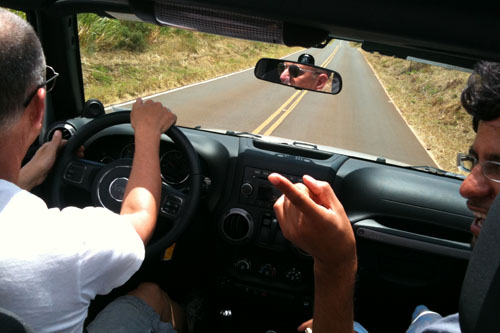 Robert and Jorge Driving as we visit Up Country in Maui.

Robert and Jorge gave us a few bananas before they left, because they hadn’t had a chance to eat them and they said it would just go to waste as they were moving to a hotel in West Maui from their cute little cottage house on our side of the island. They knew I baked a lot, as I had shared with them some of my pineapple galette on the beach. I told them I would make a banana bread out of them. Since I was in Hawaii, I decided I need to infuse the banana bread with some tropical flavors as well. I caramelized the bananas with rum, used coconut oil and added some locally grown fresh ginger. A macadamia nut crumb topping finished the bread, turning the banana bread to something a little more fitting for our holiday vacation in paradise. 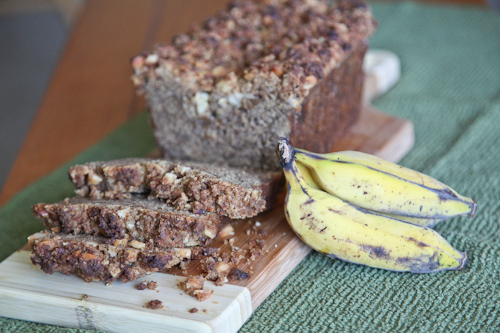 I’m hoping Jorge and Robert will stay in touch with AJ and me after we all go back to our respective cities. In fact, we’re already Facebook friends. Perhaps one day we’ll visit Jorge in Mexico City. He told us that he would show us around Mexico City and then Oaxaca, which is such a culturally rich area of Mexico with amazing food. I’ve actually never been to Mexico before, a fact that made me realize that there are so many place that I want to go and experience, food I want to eat, people I want to meet. And I think back to the man with the White Pride tattoo on his back and his girlfriend and I feel sorry for them, so fearful and frightened of others that they have to tattoo on their bodies to let everyone know just how are proud of they are of their ignorance. They’re going to miss out on so much. But I guess that’s their journey to take, not mine. 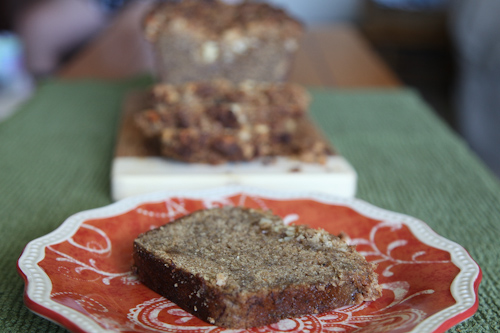 unconsciously inspired by a recipe over at A Baking Life.

1. Make the Caramelized Bananas by first peeling and then slicing the bananas into 1” discs. Toss the bananas with the brown sugar and cinnamon. Heat a large skillet on high with the butter until melted and the butter starts to sizzle a little. Scrape the bananas and any brown sugar juice that has accumulated into the pan and cook, occasionally stirring, until the bananas start to darken and caramelize on the bottom. Once the banana juices start to thicken, pour the rum into the pan and cook until the bananas start to fall apart and the sauce has thickened to a dark brown. Remove from heat and add the freshly grated ginger. Then slice the vanilla bean lengthwise and scrape the seeds into the bananas. Stir to incorporate the ginger and vanilla seeds. Set aside to cool.

2. Make the Macadamia Nut Topping by combining the chopped nuts, sugar and flour in a small mixing bowl. Toss to blend and then drizzle the butter over it. Toss again to incorporate until the topping starts to lump together. Set aside.

3. Preheat the oven to 350˚F and spray a 9 x 5 loaf pan with cooking oil. Line it with a piece of parchment paper leaving an inch or two on each side overhanging. This will help for easy removal.

4. Place the flours, salt, cinnamon, baking soda and baking powder in a large mixing bowl. Using a balloon whisk, vigorously stir the dry ingredients until they are evenly distributed and uniform in color.

6. Scrape the batter into prepared pan and sprinkle the nut topping over the bread. Bake or 55 to 60 minutes or until a toothpick inserted in the middle of the bread comes out clean. Cool in the pan for 15 minutes before grasping the parchment paper by its sides and lifting straight up to remove from the pan. Move to a wire rack to cool further.

This blog currently has a partnership with Amazon.com in their affiliate program, which gives me a small percentage of sales if you buy a product through a link on my blog. I only recommend products (usually cookbooks, but sometimes ingredients or equipment) that I use and love, not for any compensation unless otherwise noted in the blog post. If you are uncomfortable with this, feel free to go directly to Amazon.com and search for the book or item of your choice.
178shares