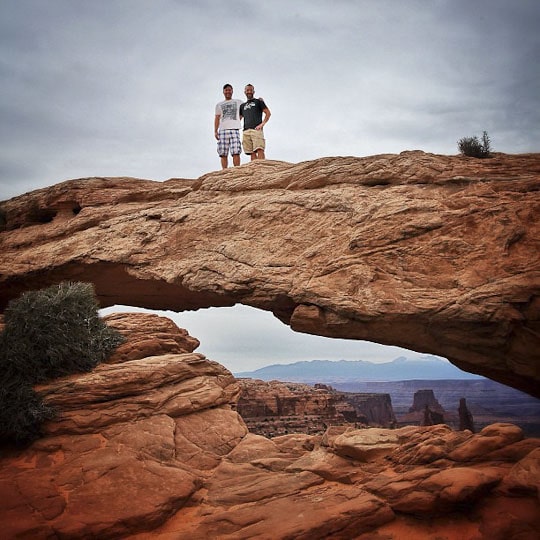 23 States, 13 National, State & Native American Parks, 10,000+ Miles and 7 weeks. ‪#‎RoadtripUSA‬ is over. We are home. We lost two water bottles and a charger (plus cord), tore and destroyed two pairs of pants, broke a bicycle seat and a bike wheel as well as two plates that I bought at antique stores. Yet, we never had a flat tire (on the car or on AJ’s bike) and we never had anything stolen from us the entire trip. We hiked in rivers, in canyons, on canyon rims, on mountains and in valleys. We saw waterfalls and natural arches, petroglyphs and rock formations, and so many amazing cloud formations that I felt a permanent crick in my neck from staring up all the time. We climbed arches and scrambled over boulders and rock fins. And we took pictures. SO many pictures (over 16,800 – boy that’s going to take awhile to process). 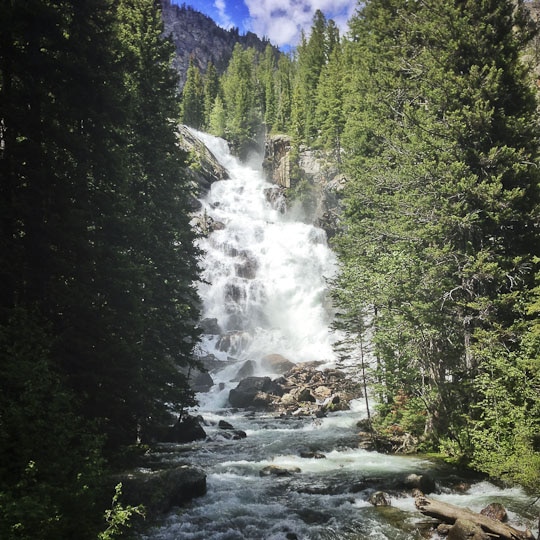 We survived a windstorm, numerous thunder and lightning storms. We stayed in classy hotels, luxury resorts, and cheap motels (thankfully none too seedy). We camped and crashed at various friends’ houses. We ate at dives and fine dining establishments, had homemade meals by some wonderful friends and grabbed sandwiches on the road (though thankfully we never resorted to fast food). 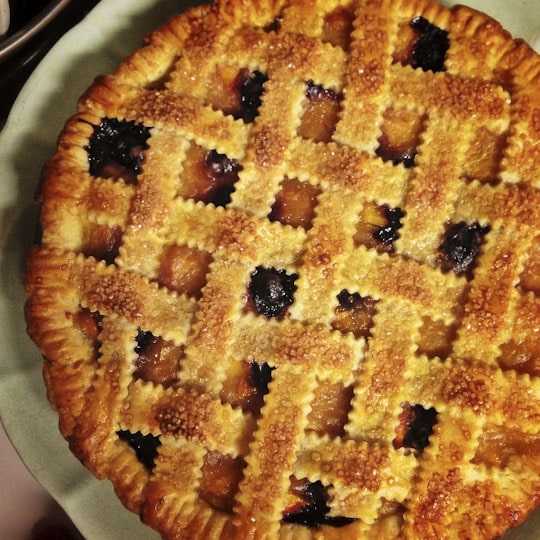 I spoke at a conference in Orlando, while AJ went cycling – which led him to almost running over a peacock in his ride. I bought numerous plates, cake stands and way too many pie/cake servers (and now I need some silver polish!) and went to too many antique shops (some of which creeped me out). I learned that I actually like camping, though I’m not a fan of bugs (but then who is?). Miami is nothing like it is in Dexter (apparently there aren’t THAT many serial killers in the city). The Apple Genius playlist is both a blessing and a curse delivering songs that I didn’t know I had on my iPhone. Apparently Alanis Morissette’s Uninvited crosses ALL genres (pop, rock, folk, alternative, even dance) and will show up on all Genius playlists. Why do I even have any Alanis Morissette songs on my iPhone? I haven’t a clue. 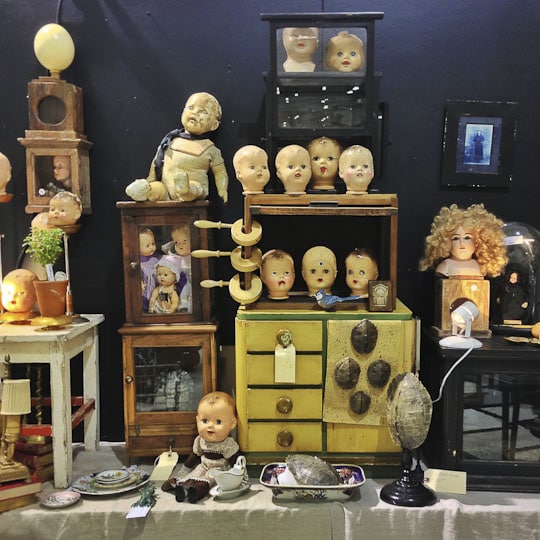 In pretty much ANY National Park, there will be, at any given time, at least two people who are dead ringers for Kenny Rogers. It doesn’t matter what National Park. They are there. The game “Gay or Eurotrash” needs to be revived, as AJ and I totally had malfunctioning gaydar while in all National Parks. The French apparently love Utah in August, as we heard more French than English in the National Parks. Utah, by the way, is utterly gorgeous. I’m smitten with it. 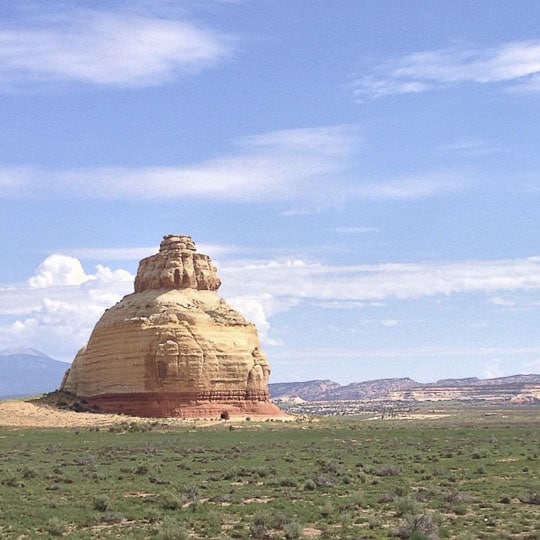 I accidentally sat next to Neil Gaiman at a restaurant in Lexington but didn’t realize it until after he left and my friend Stella pointed it out to me (thanks for not telling me Stella!). AJ and I saw a little bit of one of the teaser trailers for American Horror Story: Coven (season 3) being filmed in New Orleans. We also had a chance to watch Hamlet performed outside, in the second largest canyon in the United States (Palo Duro in Texas), which was just as amazing as it sounds. 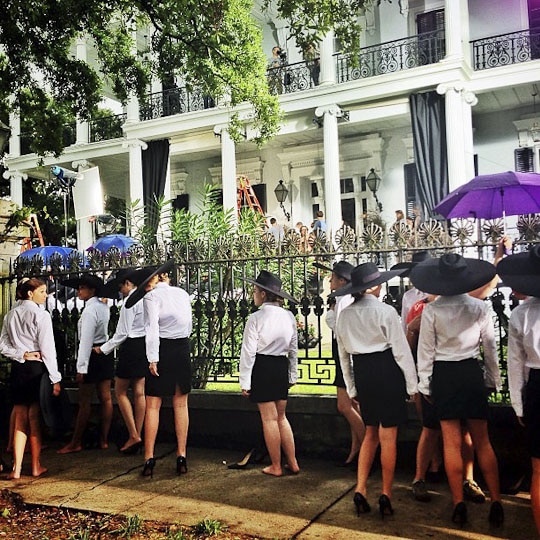 I got sunburned, went to art museums, naval aviation museums, cemeteries, drank more coffee than I have in years, ate more donuts, cupcakes, and baked goods than I usually do (how can I resist a local bake shop?). I went days without showering (three is the maximum) and I once showered four times in a day (thanks New Orleans for your maximum heat and humidity). I went to Dairy Queen three times (which is probably two times too many) to get blizzards since we don’t have them in San Francisco. I went water skiing, got up close and personal to a buffalo, and smelled the rotten egg sulfur odor at Yellowstone. I even got a chance to drive through the Las Vegas strip (we didn’t stop though, other than to take a photo of the Welcome to Las Vegas sign) which means I can officially check “going to Las Vegas” off my bucket list. 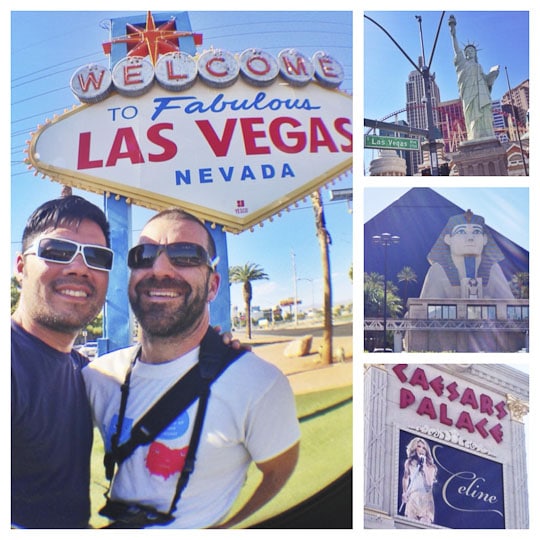 Instagram created videos JUST in time for my trip, I found out that I could get married to AJ while driving from Yellowstone to Grand Teton and I cried and cried and cried while hiking hand in hand with him all day long. I spent more continuous nonstop time with AJ than I think I ever have. And you know what? I think I could keep on going. Seven weeks living out of our car went by in a blink of an eye and it’s utterly surreal to be back home. But let me tell you, it feels so good to sleep in our own bed. In our own sheets. Next to the man I love. The man who I just spent pretty much 49 days together without a break. I can’t wait until #RoadTripUSA2. Let’s do it! 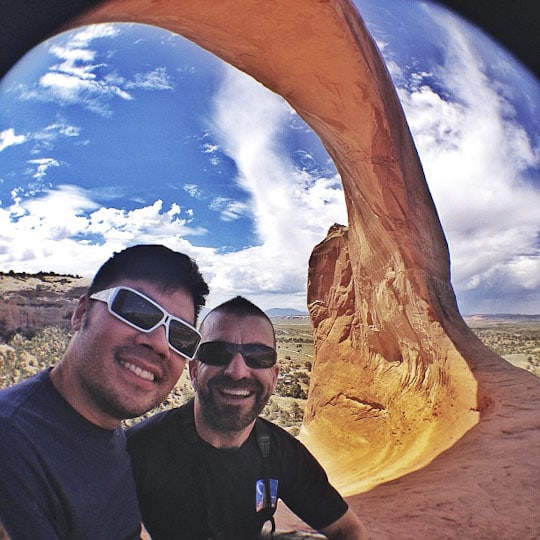 I’m lucky to have friends across the country who ate dinner with us, who spent time with us, who let us crash at their place, and in some case fed us and even gave us gifts. To each and every one of you guys, you are the absolute best. Thank you so much. I love you all. Thank you Kristen & Nick, Alic, Stephanie, AJ’s family, Henderbob, John & Jen, Deb & The Professor, Stella & John, Broderick, Tami and Mike, Leigh and David, Isabel, Lora & Fabrizio (hello chef!), Sara & Tony, Kelly and Mark and anyone else I left out. I lived a blessed life to have you guys in my life. I love you all.

And thank you AJ for putting up with me for seven weeks. I love you most of all. 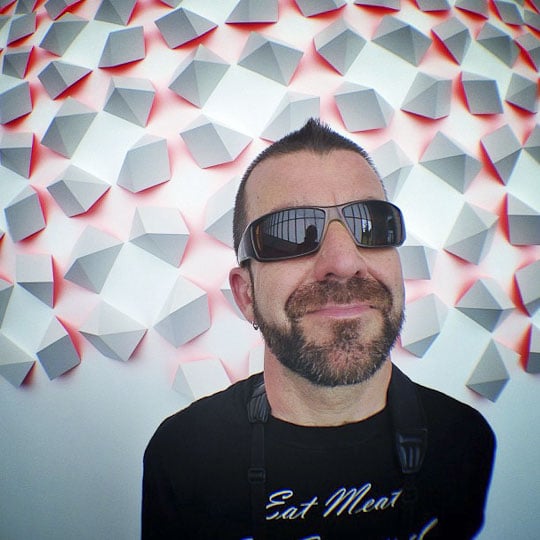 This blog currently has a partnership with Amazon.com in their affiliate program, which gives me a small percentage of sales if you buy a product through a link on my blog. I only recommend products (usually cookbooks, but sometimes ingredients or equipment) that I use and love, not for any compensation unless otherwise noted in the blog post. If you are uncomfortable with this, feel free to go directly to Amazon.com and search for the book or item of your choice.
18shares